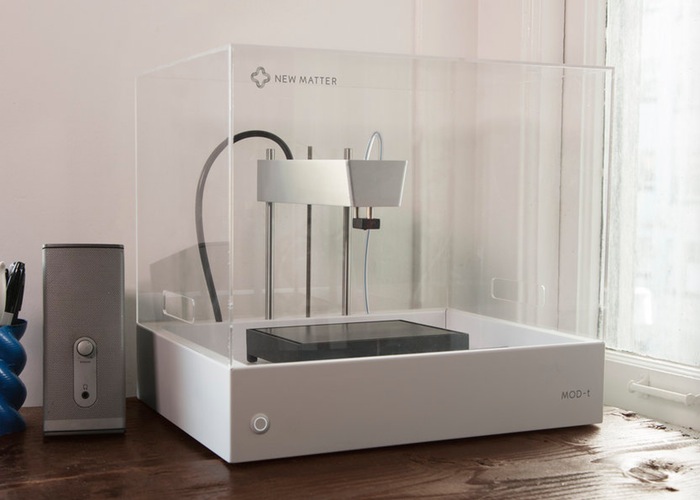 Anyone thats looking to make the leap into purchasing some 3D printer technology, thats been taking the world by storm over the last couple of years, but doesn’t have a huge budget to spend on their first 3D printing machine.

Might be interested in the new MOD-t 3D printer which has been created by New Matter and is now available to back over on the Indiegogo crowd funding website for just $199. With the first 500 units available at a discounted rate of just $149.

The MOD-t 3D printer is compatible with any PLA plastic and the filament spool sits on the desktop next to the printer, so no special spool size is necessary. New Matter explains a little more about their new MOD-t 3D printer

“3D printing should be as easy as how we create and communicate. That’s why New Matter is more than just a printer. It’s an end-to-end 3D printing system, including our breakthrough MOD-t 3D printer, complimentary software, and a store full of cool 3D-printable designs.”

The MOD-t 3D printer project is currently over on the Indiegogo crowd funding website looking to raise enough pledges to make the jump from concept to production. So if you think MOD-t 3D printer is something you might like to start your exploration into 3D printing, visit the Indiegogo website now to make a pledge and help MOD-t become a reality.