If you own a Nintendo Wii one of the most anticipated games for that console is coming in May. The game is called Mario Kart 8 and some new details about the game have been offered by Nintendo. We already knew that the game would let players race upside down and up vertical walls. 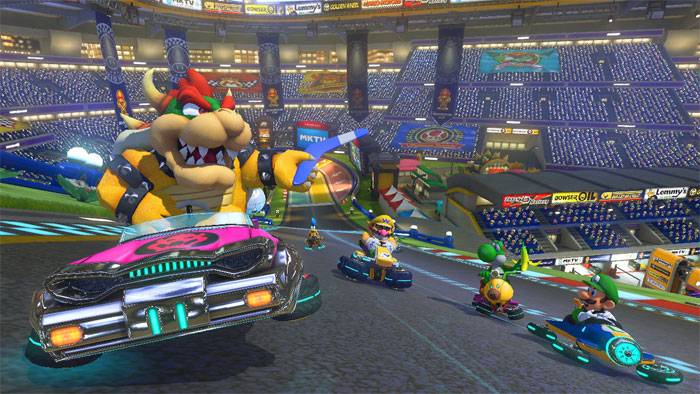 Nintendo has now announced that there will be a new spin boost for the game that can be active while upside down or on the wall. Players will be able to get the boost by bumping into other racers or specific obstacles on the track granting a speed boost. Mario Kart 8 will have some returning characters like Metal Mario, Lakitu, and Shy Guy.

Those three returning characters are only now being revealed. There will be two new items as well including the Piranha Plant that attaches to the front of the cart and helps protect the player from shells, banana peels, and more. The Boomerang Flower is another new item that can take out multiple opponents in a single throw by stunning them. It can be thrown three times and has the ability to be thrown forwards or backwards.