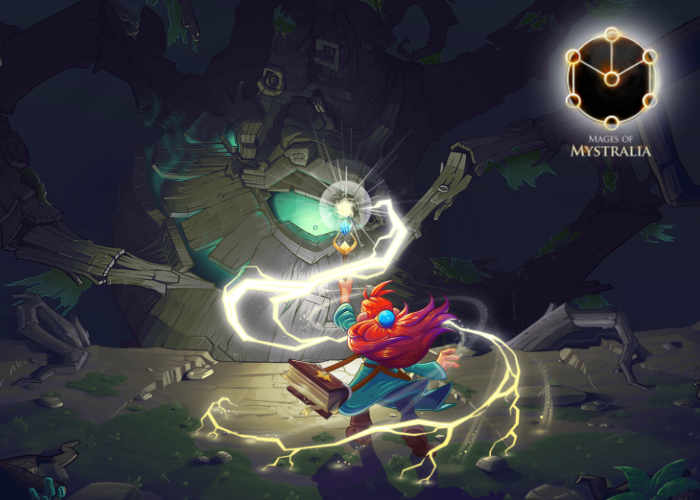 Borealys Games have today announced a new game they are creating which will be launched next year during the spring of 2017 and takes the form of Mages of Mystralia, which is being created for the PlayStation 4.

Gamers attending the PlayStation Experience 2016 in Anaheim from December 3rd to 4th, you’ll be able to get there hand son a demo of the game and play through a complete area. Check out the announcement trailer below to learn more.

Dan Adelman explains more about what you can expect from Mages of Mystralia over on the PlayStation blog.

Imagine Gandalf. Merlin. Even Dumbledore. The power behind each of these mage archetypes stems from their wisdom. Their learning. Their experience. And yet in videogames, that’s a very difficult feeling to convey. Too often mage classes are implemented as range weapons and healers as part of a larger party. The player never earns a spell so much as unlocks it.

When we set out to create Mages of Mystralia, we wanted players to feel like a mage. To master the ways of magic and create spells that are uniquely their own. To that end, a rich, powerful, and intuitive spell creation system is fundamental to the experience.

To feel powerful and wise, you must first know what it’s like to be weak and unwise. In Mages of Mystralia, you play as Zia, a young girl who discovers one day that she has the gift of magic. In the Mystralia universe, magic is known to exist, but it is rare — and illegal. Zia goes into exile on a quest to learn the ways of magic and master her skills. Along the way, she discovers runes which can be combined in different ways to create new spells.

There are potentially millions of ways to combine these runes, so as you master the system, you will be able to create spells that no one has ever seen before. At PAX, one journalist created a spell that shot a fireball which — when it hit its target — froze the enemy in place and dropped boulders on his head. Another person made a decoy version of Zia that spins around and shoots lightning bolts