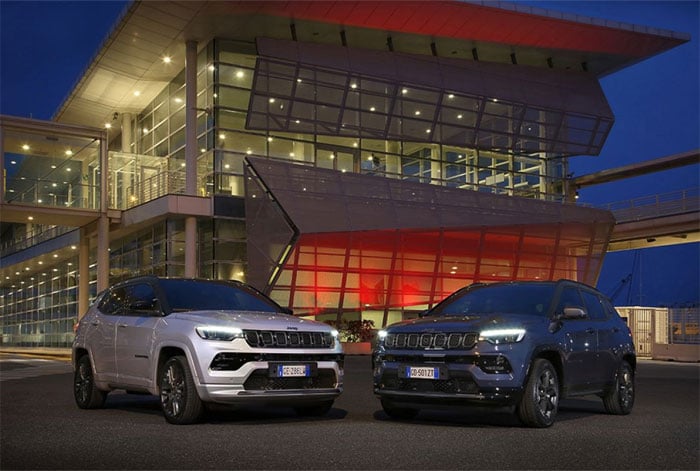 Jeep has officially unveiled its new Compass in Europe, marking the first launch in Europe for Stellantis. The new Compass is built in Melfi, Italy, and is an important model in Europe. More than 40 percent of all Jeep models sold in Europe are the Compass. Jeep also says that one in four Compass vehicles sold in Europe is a plug-in hybrid.

Jeep has revised the exterior and interior of the SUV, saying that it represents an expression of formal concepts that will be found in upcoming Jeep models. Styling is described as more modern, technological, sophisticated, and with a stronger European flavor all while maintaining Jeep authenticity.

Compass gets the new Uconnect 5 infotainment system and Highway Assist, which is a driver assistance system offering level 2 autonomous driving. Jeep will offer a range of versions, including the S, Trailhawk, and 80th Anniversary special-edition launch model. In all, there are a total of five trim levels. A range of power options will be available, including gasoline, diesel, and plug-in hybrids. While it’s unclear at this time, odds are this is the same new Compass that will be viewed in the US later.