Earlier we saw a video of the new iPad 3 being unboxed, and now the guys from Tinhte.vn have benchmarked the new iPad 3 and the benchmarks confirm that it will come with 1GB of RAM as we had previously heard.

The processor speed on the A5x processor in the iPad 3 is still 1GHz, just like the A5 chip in the iPad 2, although it comes with 4 graphics cores as opposed to two on the iPad 2. 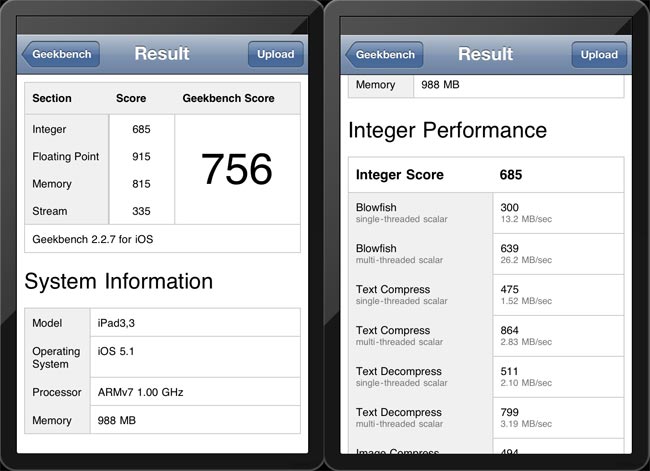 You can see all the benchmarks on the new iPad 3 over at Tinhte.cn (Vietnamese), and also don’t forget to check out our iPad 3 Vs iPad 2 article which shows the different specifications between the two tablets.