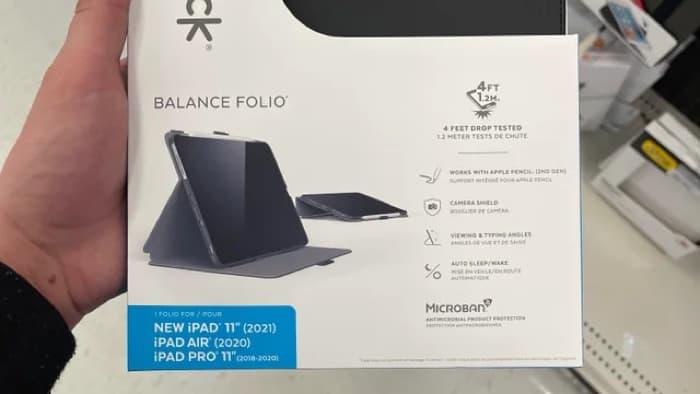 Apple are expected to hold a press event on the 23rd of March for a number of new devices, now a new iPad 11 case has been discovered at Target.

The photo above was posted on Reddit and it shows a Speck iPad case that will work with a number of iPads, this included the iPad Air 2020, the iPad Pro 11 and the yet to be announced iPad 11 2021. 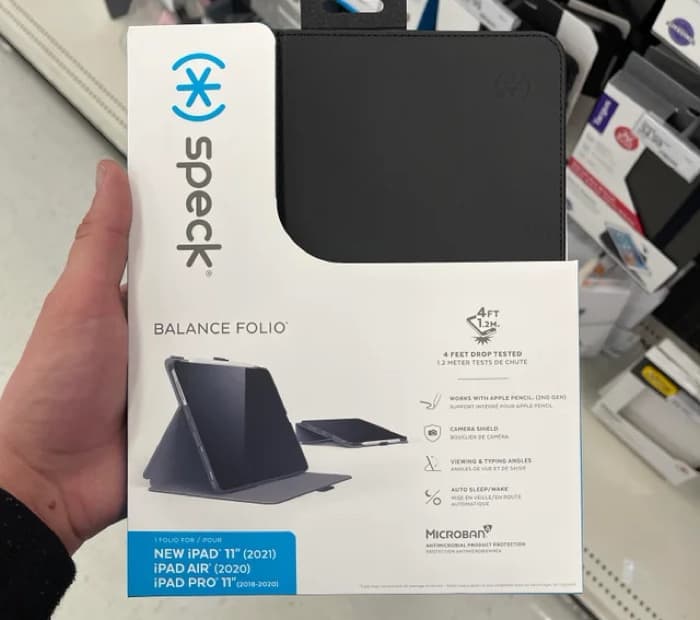 The case was posted on Reddit by nanosplitter21, who revealed that they tried to buy the case and that they were told by Target that it could not be sold until the 6th of April.

It looks like this case is for a new 11 inch 2021 iPad Pro and it would appear that the design of the device will be similar to the current 11 inch iPad Pro as the case will fit both models.

Apple are expected to upgrade the processor in this years iPad Pro and also probably the cameras, they may also get some more RAM than the current range. Apple are also expected to announce some new Macs and their AirTags at the press event later this month. As soon as we get some more details about exactly what Apple has planned for their press event, we will let you guys know.