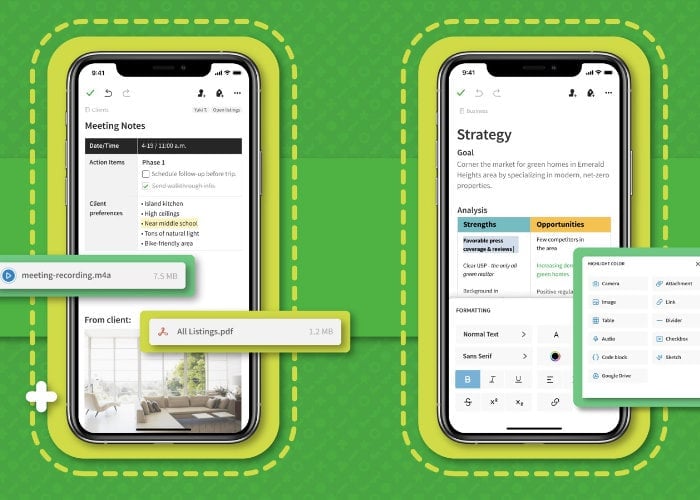 Evernote 10 has rolled out today for iOS, providing a wealth of new features tweaks and enhancements for Evernote users on apples range of mobile devices. Apple has also today rolled out its new iOS 14 operating system also offering a wealth of new features to its iOS mobile operating system. Within Evernote 10 the team has redesigned the iOS app to give you a cleaner experience with less friction. “From your note list to the text formatting panel, everything is where you need and expect it to be.”

“If you use Evernote on iOS and your web browser, you’ll find moving between them is a smoother and more consistent experience. Navigation, search, the note editor, and every other corner of the app now work in familiar ways across platforms.

The app sits atop a stronger foundation. Our extensive testing and QA confirm what our beta testers and employees have known for a while: this release is more stable than any previous generation of our software.

That new foundation also means you’ll enjoy improved speed, and our heaviest users will find much better handling of large notebooks. But we’re not done with performance yet. There are even more improvements ahead.”

“Over the next few weeks, all Evernote users on iPhone and iPad will gain access to the upgraded app. If you’ve set your device to auto-update, you won’t have to do anything to get it. There are a handful of features (such as editing tables, widgets, and Apple Watch support) that weren’t quite ready for today’s release, but we’re actively working to get those done and you should see them in one of our regular updates. “

More details on all the new features and enhancements in the latest iOS Evernote 10 update jump over to the official Evernote blog by following the link below.