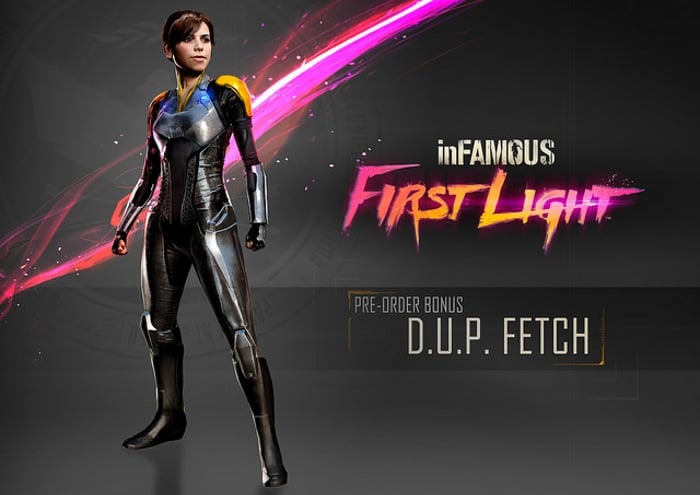 Sony has unveiled a new trailer for the upcoming inFAMOUS First Light standalone downloadable content video game that is currently in development by Sucker Punch Productions for the PlayStation 4.

The new inFAMOUS First Light game follows the origin story of Abigail “Fetch” Walker, a troubled and conflicted neon conduit on her harsh journey leading up to her appearance in Second Son.

inFAMOUS First Light introduces re-playable Battle Arenas within Curdun Cay, enabling players to master their powers through a series of gruelling objectives, as well as the ability to compete for high scores that will be shown on the worldwide leader boards for ultimate bragging rights. All in addition to the full single player campaign.

The new inFAMOUS First Light game also provides players with a redesign of the neon powers including Fetch’s new combat and melee systems and exclusive power sets to master.

“After being captured by the Department of Unified Protection (D.U.P), Fetch is taken to Curdun Cay, a training facility and prison for conduits. Under the watchful eye of oppressive DUP leader, Dana Augustine, Fetch is forced to recount her tragic tale of abandonment and hardship. Augustine aims to reveal the truth about Fetch’s past and take advantage of her vulnerable state to mold her into a trained assassin.”