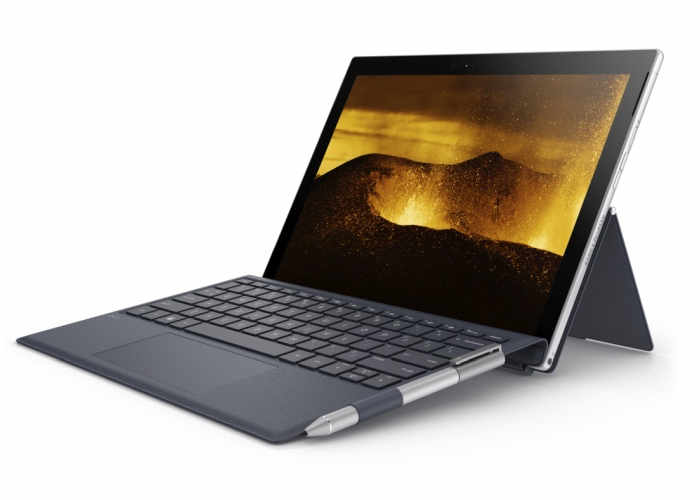 Joining the ASUS NovaGo convertible laptop featured earlier today HP is also unveiled an upgraded version of its HP Envy x2 Windows 10 laptop which is now equipped with a powerful Snapdragon 835 processor that offers up to 20 hours of use from a single charge. The latest convertible laptop from Hewlett-Packard is the first to be equipped with the Qualcomm Snapdragon 835 processor rather than an Intel processor, and will feature a 12.3 inch display offering users a resolution of 1920 x 1280 pixels. The HP Envy x2 Snapdragon 835 tablet is expected to be available sometime during the spring of 2018.

The HP Envy x2 can be fitted with up to 8 GB of RAM and up to 256 GB of storage and comes equipped with built-in 4G LTE connectivity thanks to Qualcomm’s X16 LTE modem, and as with the ASUS NovaGo system will be shipped with Microsoft’s latest Windows 10 S operating system which again can be upgraded to Windows 10 Pro if required.

Unfortunately, no information on pricing has been released as yet by Hewlett-Packard, but you can expect more details to be made available before the systems launched during spring 2018. Check out the video below to learn more thanks to a hands-on demo the preproduction version of the tablet by Brad Linder from Liliputing.