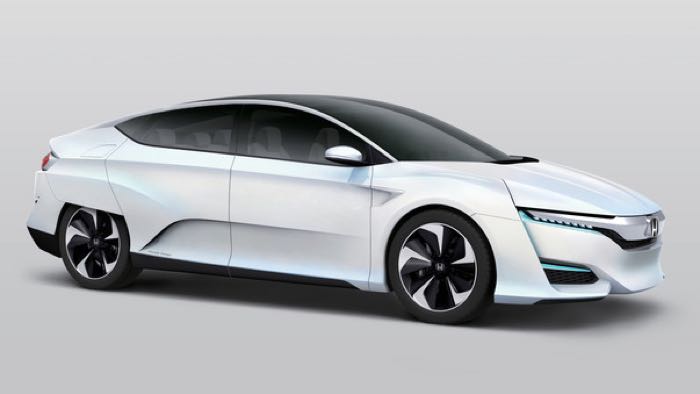 Earlier today we heard that Toyota’s new FCV would be called the Toyota Mirai, and now Honda has taken the wraps off their new Fuel Cell Vehicle, called the Honda FCV Concept.

The photo above gives us our first look at the new Honda FCV Concept, and the company plans to launch their next generation fuel cell vehicle on 2016.

As the next progression in Honda’s dynamic FCV styling, the Honda FCV Concept features a low and wide aerodynamic body with clean character lines. The interior strives to achieve harmony between man and machine by taking advantage of new powertrain packaging efficiencies delivering even greater passenger space than its predecessor, the FCX Clarity, including seating for up to five people.

Honda launched their current FCX Clarity back in 2008, and the new Honda FCV Concept is expected to be the vehicles replacement, and it will come with a longer range than the previous model.

The current Honda FCX has a range of 240 miles, the new Honda FCV will come with a range of at least 300 miles, it will also be able to be refueled a lot quicker, in around three minutes.