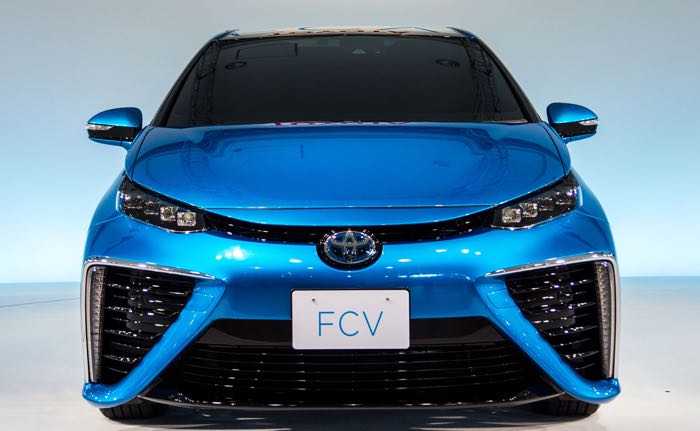 Earlier today we heard that the new BMW i5 would use the same drive train as the new Toyota FCV, and now Toyota has revealed the name for their Fuel Cell Vehicle (FCV), the Toyota Mirai.

The Toyota Mirai will be launching in the U.S. in 2016, the vehicle was first shown off as a concept at the Tokyo Motor Show in November of last year.

Mirai, which means future in Japanese, represents a turning point for the automotive industry, offering the promise of a world that is safer, greener and easier for everyone. This ground breaking vehicle has the cruising range of a conventional saloon, can be refuelled in less than five minutes and emits only water vapour. In Akio Toyoda’s words: “This is a car that lets you have it all with no compromises.”

You can find out more details about the new Toyota Mirai over at Toyota at the link below, the car is expected to retail for around $70,000 when it launches in 2016.