We previously thought that the Google Play Store 4.4 would be released at the same time as Android 4.4 Kit Kat, we are expecting Kit Kat to be released some time over the next week with the Google Nexus 5. 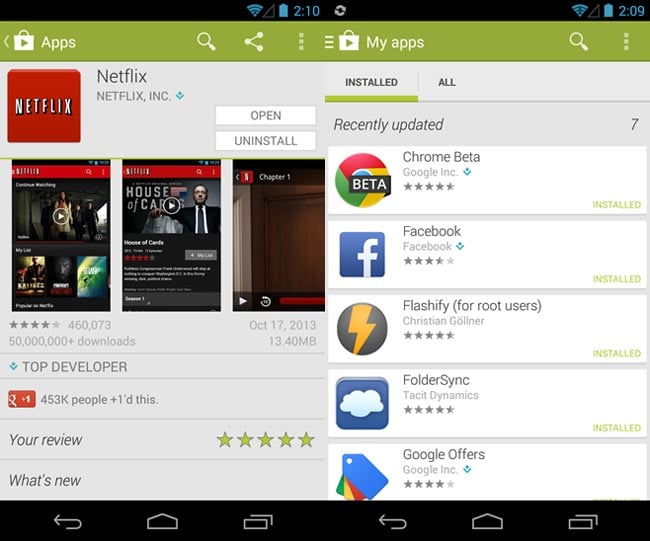 The new Google Play Store comes with some new features and a new slide out navigation, the update is now available for Android devices.

You can get the new Google Play Store 4.4 direct from you Android device, Google should be pushing the update to your device as of now.

If you have yet to receive the updated Google Play Store for Android devices, you can download it directly over at Android Police at the link below.

We are still waiting to find out when Google will release Android 4.4 Kit Kat and the Google Nexus 5, we are expecting to hear something between now and the end of the month.

What we have heard previously is that the Google Nexus 5 will go on sale on either the 30th or 31st of October, of course this has yet to be confirmed by Google.