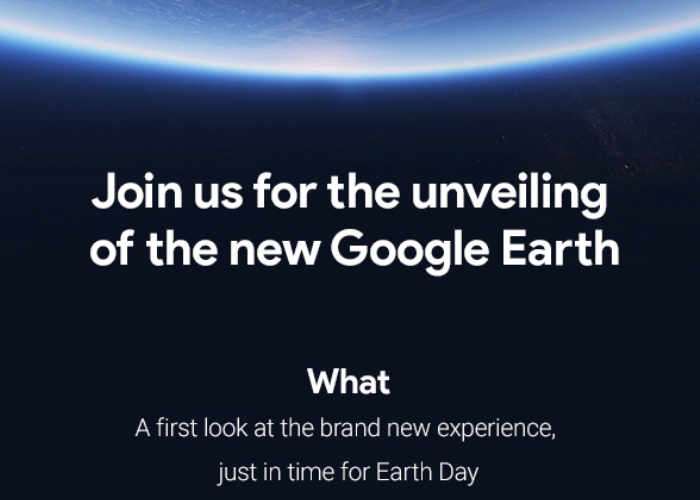 Google has today announced that it will be unveiling its new Google Earth experience next week on April 18th, 8:30 AM ET at New York’s Whitney Museum of Art.

Unfortunately, no other details have been revealed by Google as to what the new Google Earth experience may provide but it sort the new service could build on the virtual reality version which was rolled out as an application via Steam late last year for the new breed of VR headsets.This

Google Earth was first launched over 15 years ago on June 11, 2001 and offers a virtual globe, map and geographical information program that was originally called EarthViewer 3D.

As more information is announced on April 18th we will keep you up-to-date as always, let’s hope it’s something good.