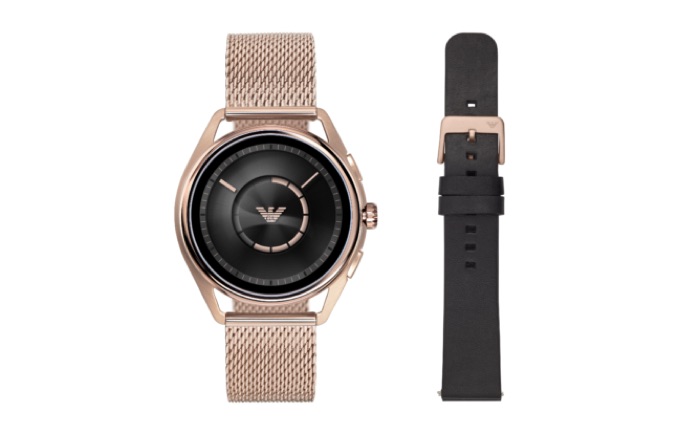 Emporio Armani has revealed a nee version of their Emporio Armani Connected Smartwatch and the device comes with Google’s Wear OS.

The new Emporio Armani Connected is waterproof up to 3 ATM and it comes with a range of fitness tracking features built in.

Emporio Armani introduces a new generation of touchscreen smartwatches further expanding the brand’s innovative wearables line — Emporio Armani Connected. Concurrently with the launch of the new smartwatches, a new selection of exclusive new pictures from the ADV FW18 campaign will be unveiled, featuring renowned singer and songwriter Shawn Mendes, now face of the entire collection of Emporio Armani watches. The new smartwatches will be available for pre-sale today on armani.com, and available worldwide in early September at Armani stores and selected retailers worldwide.

The device comes with a 1.19 inch AMOLED display and a Qualcomm Snapdragon 2100 processor, it has a battery which will last between one and two days and it comes in a choice of colors and with a choice of watch straps, it is now available to pre-order with prices starting at $295.