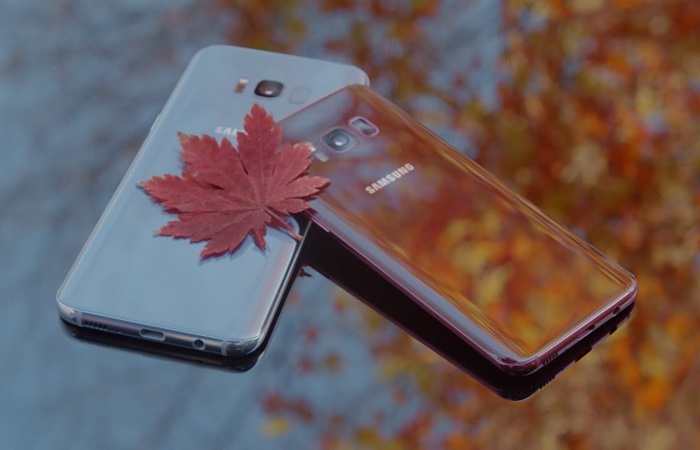 Samsung has announced the launch of a new color version for the Samsung Galaxy S8 and Galaxy S8 Plus in South Korea. The new color is Burgundy Red. This is the sixth color for the Galaxy S8 and joins Arctic Silver, Rose Pink, Coral Blue, Midnight Black and Orchid Gray.

The handset can be seen in the video below and Samsung is launching this new color option in South Korea first. They have not revealed whether it will be heading to other countries, although we suspect they will roll it out to more soon.

As a reminder the Samsung Galaxy S8 comes with a 5.8 inch display with a QHD+ resolution of 2960 x 1440 pixels. The handset is powered by either an Exynos 8895 or a Snapdragon 835 mobile processor and it comes with 4GB of RAM and 64GB of storage.

Other specifications ion the Galaxy S8 include a 3000 mAh battery and front and rear cameras. On the front of the device there is an 8 megapixel camera for Selfies, on the back there is a 12 megapixel camera for photos and videos. As yet there are no details on when Samsung will launch this new Burgundy Red Galaxy S8 in the US and the UK, as soon as we get some more details, we will let you guys know.