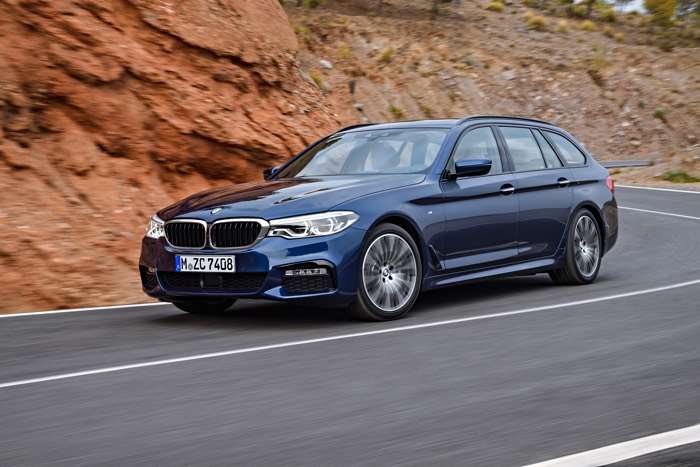 The new BMW 5 Series Touring has been made official ahead of the Geneva Motor Show, the new car is lighter than the previous model and also more efficient.

The BMW 5 Series Touring will be available with a choice of engines, which will include a 520d with 190 horsepower and a 530d with 265 horsepower. 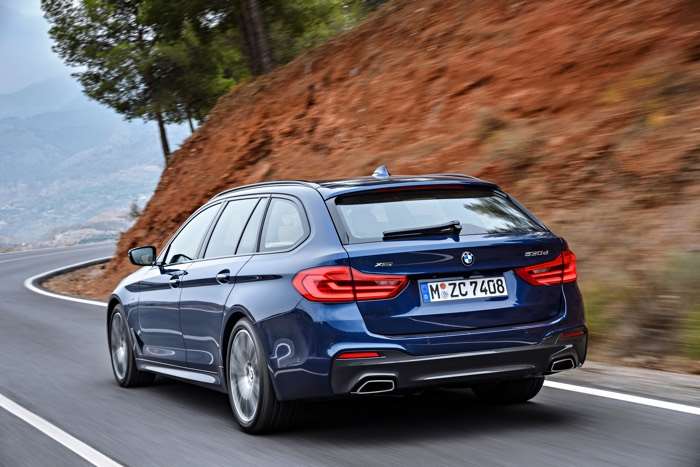 There will also be two petrol models, a 530i Touring with 252 horsepower and a 540i XDrive model with 340 horsepower.

“The BMW 5 Series Touring was developed specifically for the European market, where it has enjoyed great success over the last 25 years. I am sure that the versatility of this new, fifth generation will prove even more popular with those customers who appreciate the 5 Series Touring’s characteristic roomy, variable loading space combined with its distinguished appearance and – of course – its BMW-typical driving dynamics,” says Dr Ian Robertson, Member of the Board of Management at BMW AG, Sales and Marketing.

The new BMW 5 Series Touring celebrates its world premiere in March 2017 at the Geneva International Motor Show. Four engines from the BMW Group’s latest generation of power units will be available to order when sales begin in June 2017, while the BMW xDrive intelligent all-wheel-drive system will be fitted in two models from day one. Additional variants with both classical rear-wheel drive and all-wheel drive will join the line-up over the course of the year.