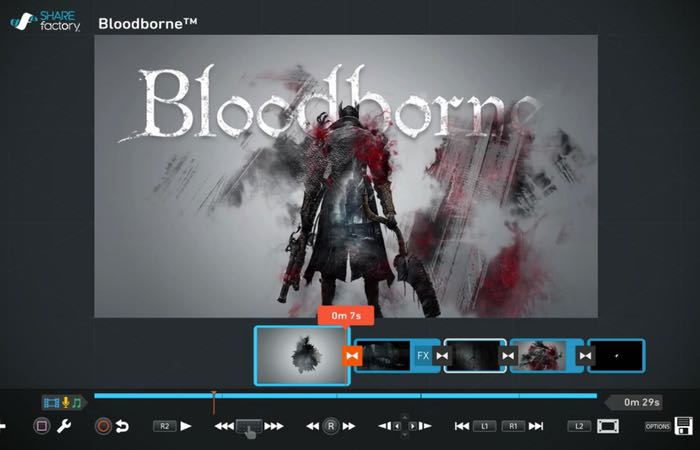 Bloodborne players waiting patiently for the arrival of the Bloodborne SHAREfactory that has been mentioned in the past by Sony, and will allow PlayStation 4 players to create their own movies from the game using the integrated editor and easily share them with other.

Will be pleased to know that Masaaki Yamagiwa Producer, Sony Computer Entertainment Japan Studio has today announced the Bloodborne SHAREfactory will be rolled out to PlayStation consoles early next month on June 2nd, 2015.

As well as announcing the release date for the new SHAREfactory feature, details about the latest update in the form of 1.04 have also been published and include such things as tweaks to game balance, Chalice Dungeons as well as other adjustments and changes.

For a full list of all the changes and tweaks to the PS4 Bloodborne game jump over to the PlayStation blog via the link below.