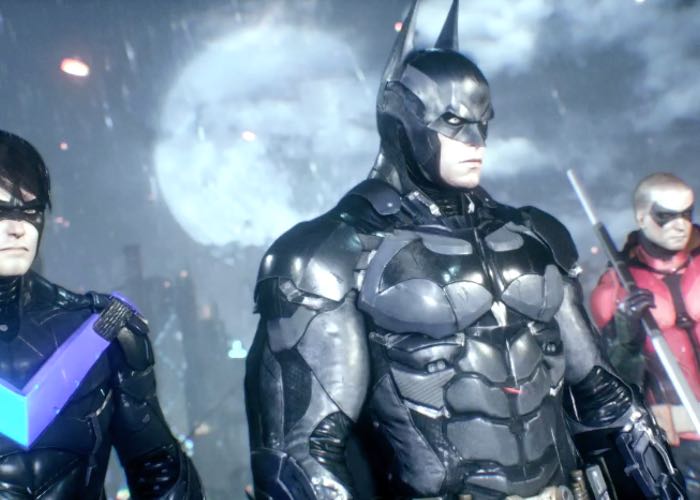 Batman Arkham Knight the epic conclusion to the Rocksteady Batman: Arkham Trilogy, will be launching next month on June 23, 2015 and to whet your Appetite before the game’s release Rocksteady has revealed a new trailer.

The latest Batman Arkham Knight trailer reveals for the first time new “Dual Play” mechanic, that allows players to switch seamlessly between The Dark Knight and his allies including Robin, Nightwing, and Catwoman in free-flow combat.

“With his back against the wall, Batman turns to his closest allies to help him save Gotham City from the clutches of Scarecrow and the Arkham Knight’s army. A familiar face also returns to give The Dark Knight a message he cannot ignore…

The game’s main storyline is set one year after the events of 2011’s Batman: Arkham City and follows Batman, at the peak of his ability, as he confronts the Scarecrow, who has returned to Gotham City to unite Batman’s enemies in a plot to finally kill the Dark Knight.”

For more information on the new Batman Arkham Knight jump over to the official website for details via the link below before its launch next month concluding the storyline.