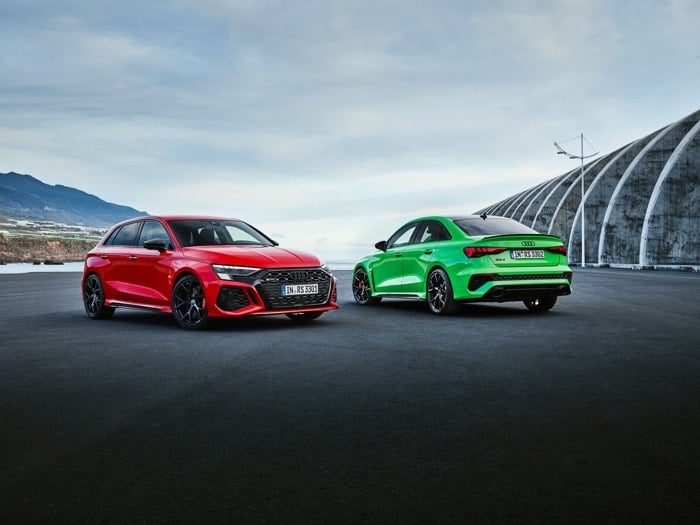 Yesterday the new Audi RS 3 was made official, the car is available with two body styles, Sedan and Sportback.

The new Audi RS3 is even more powerful than the models it replaces, the car comes with Audi’s Torque Splitter and it has a five cylinder engine that produces 400 horsepower.

A seven-speed dual-clutch transmission is what puts the power of the five-cylinder engine
to the pavement – with short shifting times and a sportier gear ratio spread. The engine’s unique 1-2-4-5-3 ignition sequence and the incomparable sound that comes with it make the driving experience that much more exhilarating. For the first time, the exhaust system features a fully variable flap control system that supports intermediate positions, thus broadening the sound characteristics even further. It can be adjusted via the driving dynamics system Audi drive select. In the Dynamic and RS Performance modes, for example, the flaps open much earlier – the emotional elements of the sound are even more pronounced. In addition, the unmistakable sound of the five-cylinder engine is further enhanced by the optional RS sports exhaust system.

You can find out  more details about the new Audi RS3 over at Audi at the link below, prices start at £50,900.