Audi has released more details about their latest electric vehicle, the Audi Q4 e-tron and we get to have a look inside the car in the first official photos.

The picture above shows us inside the new Audi Q4 e-tron, the picture below gives us an idea of what the car may look like on the outside. 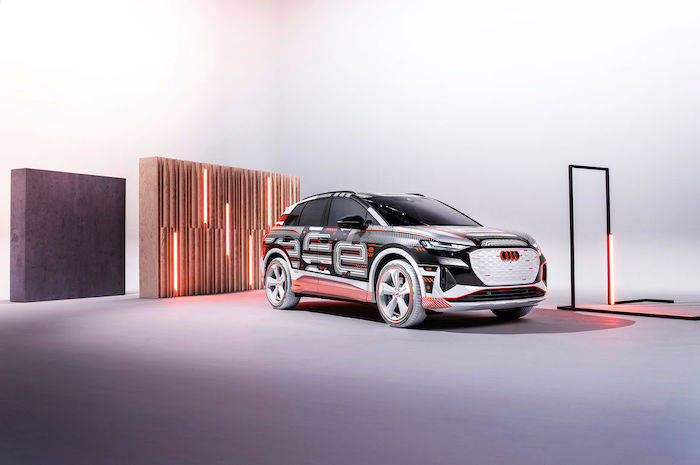 With the optional augmented reality head-up display in the Q4 e-tron, Audi is taking a huge step forward in display technology. It reflects important information via the windshield on two separate levels, the status section and the augmented reality (AR) section. The information provided by some of the assist systems and the turning arrows of the navigation system as well as its starting points and destinations are visually superimposed in the corresponding place on the real-life outside world as content of the AR section and displayed dynamically. They appear to be floating at a physical distance of roughly ten meters (32.8 ft) to the driver. Depending on the situation, they appear considerably further ahead in some cases. The driver can understand the displays very quickly without being confused or distracted by them, and they are extremely helpful in poor visibility conditions.

We are looking forward to finding out more information about Audi’s new EV, as soon as we get some more details, we will let you guys know.