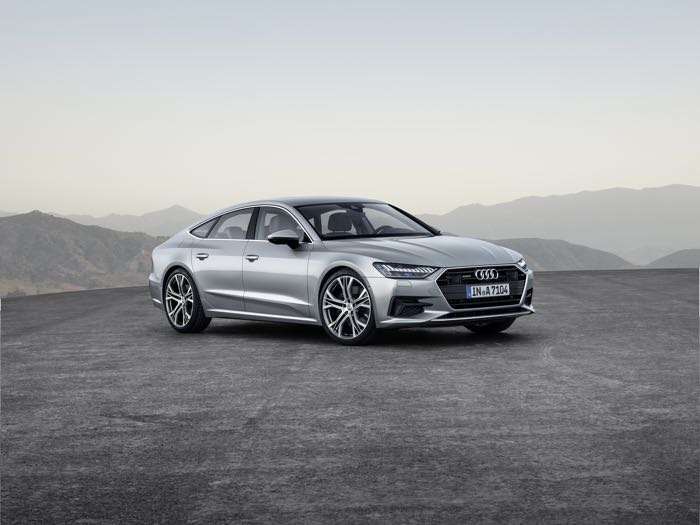 The new A7 Sportback shares a lot of technology with the flagship Audi A8 and the car comes with some high end features and technology. 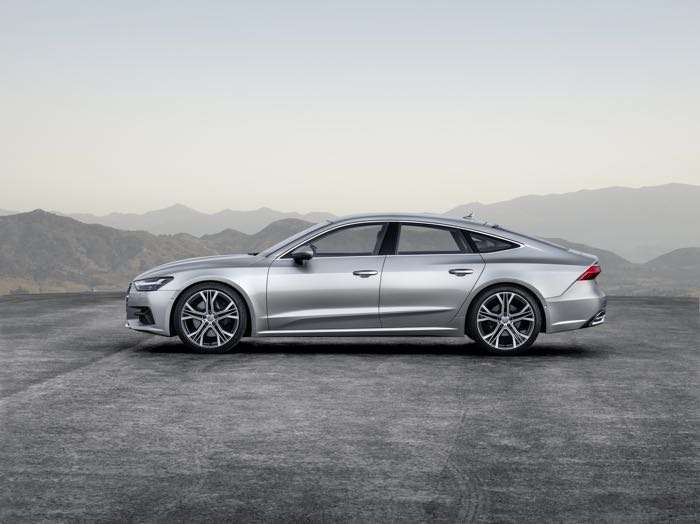 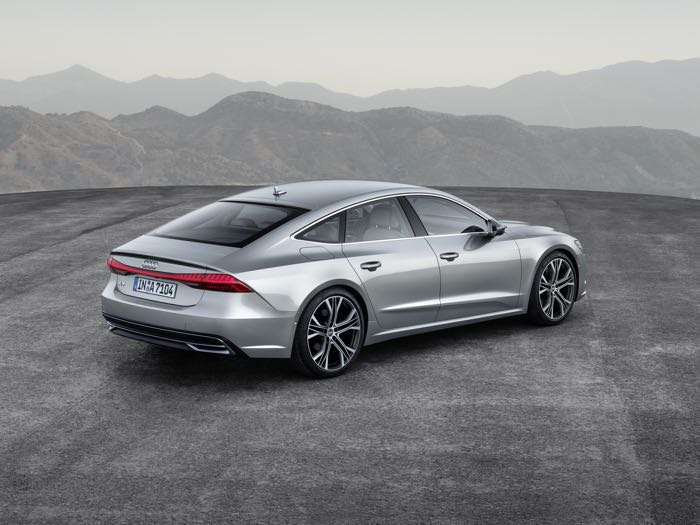 Up front, the Singleframe grille – wider and lower than that of the Audi A8 – the narrow headlights, the boldly contoured air inlets and the flat front end convey at a glance the sportiness of the Gran Turismo. The headlights are available in three versions. With the middle and top equipment lines, the light signature takes up the subject of digitalization: 12 adjacent lighting segments separated by narrow intervening spaces evoke associations with the binary digits 0 and 1. The top version is the HD Matrix LED headlights with Audi laser light.

The Audi A7 Sportback is an athletic sculpture with a long engine hood, long wheelbase and short overhangs. Pronounced contours emphasize the wheels, which measure up to 21 inches in diameter, and reference Audi’s quattro genes. These genes determine the proportions of the vehicle’s body. The silhouette is defined by the dynamic roofline, which drops sharply toward the rear. Four figures delineate the sporty character of the large coupe: It is 4,969 millimeters (16.3 ft) long, has a wheelbase of 2,926 millimeters (9.6 ft) and is 1,908 millimeters (6.3 ft) wide, but stands only 1,422 millimeters (4.7 ft) high. 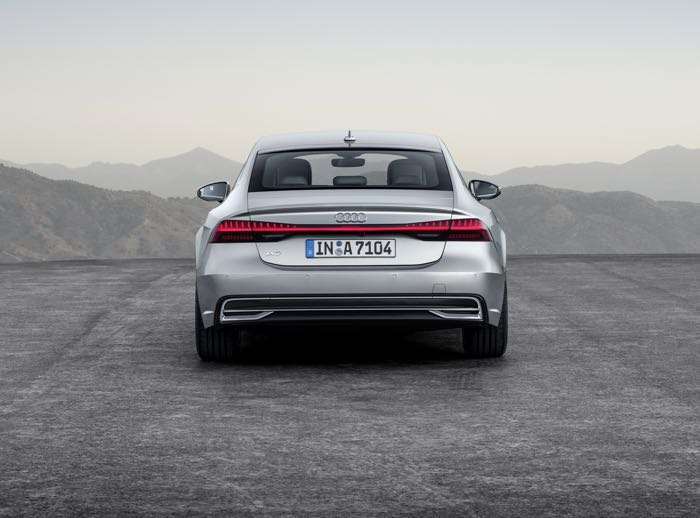 Audi will launch their new A7 Sportback in February of next year, the car is headed to Germany first and prices will start at €67,800. You can find out more details about the new A7 Sportback over at Audi at the link below. 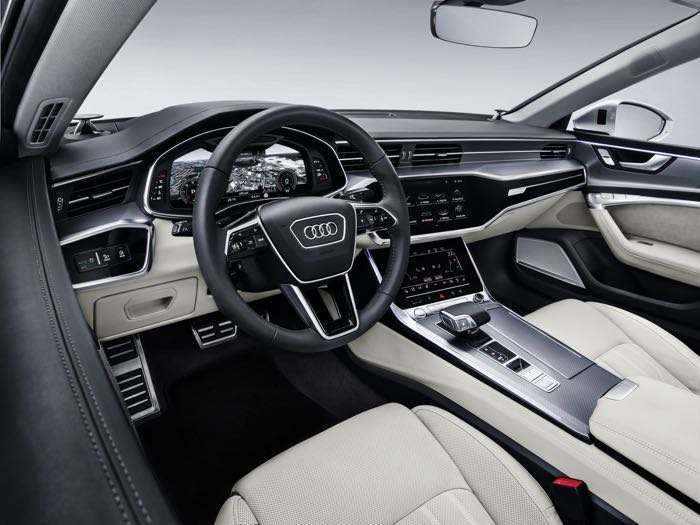