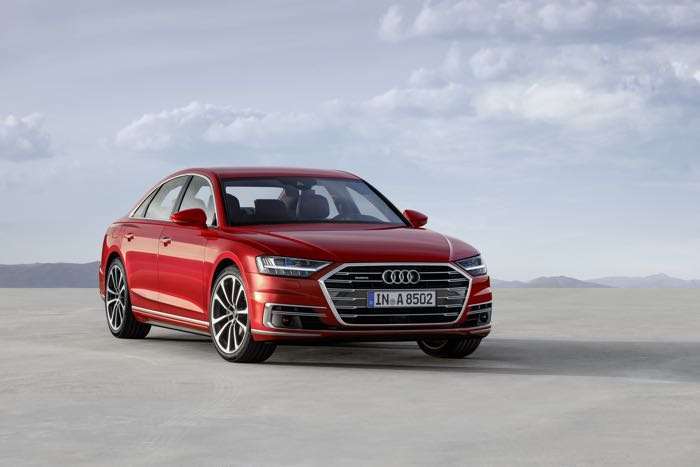 Audi has announced that it will start taking orders on its new luxury sedan, the Audi A8 from the 5th of October. 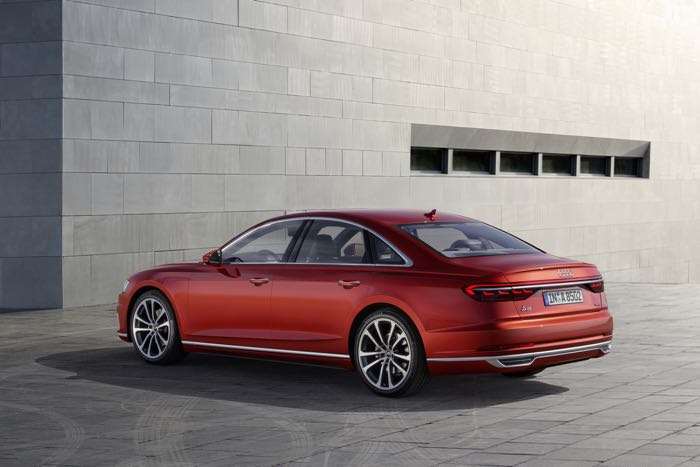 With more than 40 driver assistance systems, the A8 becomes the new gold standard among the competition. It is the world’s first production automobile to have been developed specially for conditional automated driving. The Audi AI traffic jam pilot will take charge of driving in slow-moving traffic at up to 60 km/h (37.3 mph) on highways and multi-lane motorways with a physical barrier separating the two directions of traffic. From 2018, Audi will gradually be taking piloted driving functions such as parking pilot, garage pilot and traffic jam pilot into production, depending on the legal situation in the particular country. During piloted driving, a central driver assistance controller now permanently computes an image of the surroundings by merging the sensor data. In addition to the radar sensors, a front camera and the ultrasonic sensors, Audi is the first car manufacturer also to use a laser scanner.

The new Audi A98 will be one of the first Audi models to come with the company’s new naming scheme for different models. The diesel version will be called the Audi A8 50 TDI Quattro and the petrol version the Audi A8 55 TFSI Quattro.

You can find out more details about the new A8 over at Audi at the link below, orders start on Thursday the 5th of October.