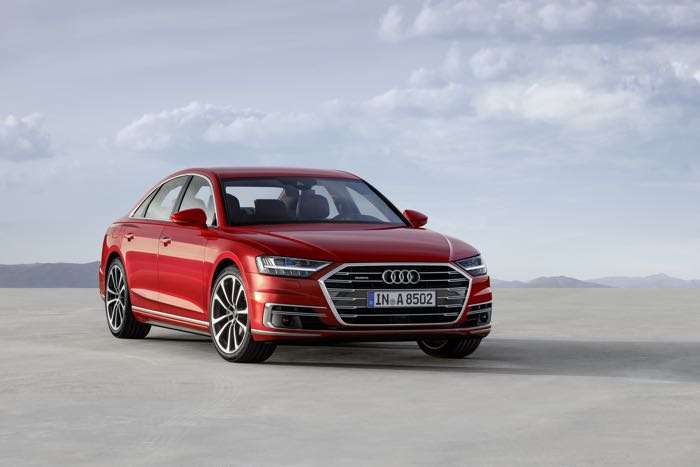 Audi has announced the launch of its latest luxury sedan, the Audi A8 and the car comes with a new design and a wide range of new features.

The new Audi A8 features Audi’s new semi autonomous pilot driving and the car gets a range of other new technologies.

Audi will offer their new A8 with a range of engine options which will include two V6 turbo engines, a 3.0 litre TDI and a 3.0 litre TFSI. 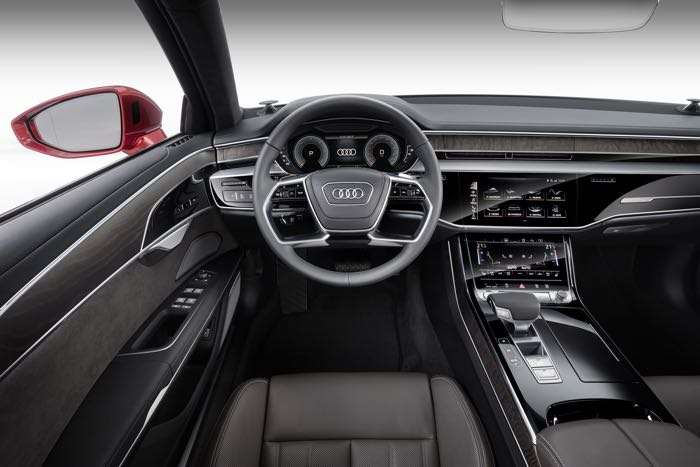 The 3.0 litre TDI comes with 286 horsepower and the TFSI model comes with 340 horsepower, there will also be two eight cylinder engine options.

The two eight cylinder engine options for the Audi A8 include a 4.0 litre TDI with 435 horsepower and 4.0 TFSI with 460 horsepower. Audi are also launch a high end model with a 6.0 litre W12 engine, there are no details on how much horsepower this model will come with as it is waiting approval. 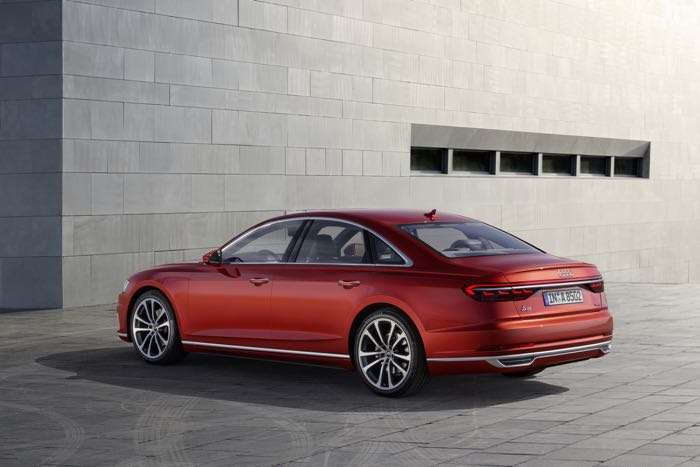 All of these Audi A8 engine will also come with a new BAS (belt alternator system) which is mild hybrid technology (MHEV) that also the cars to coast with the engines switched off and also restart easily ans smoothly.