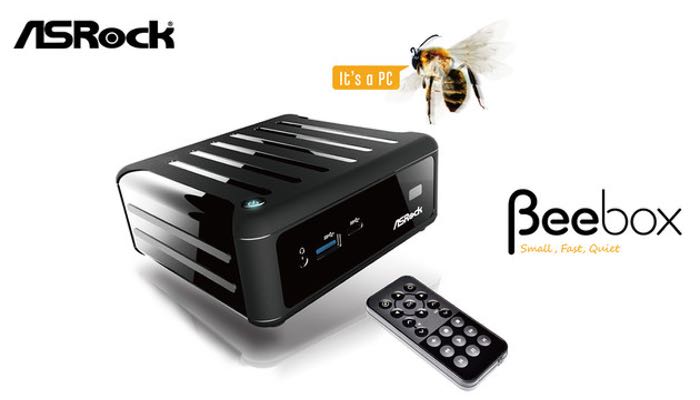 ASRock is expected to add a new addition to their range of mini PCs in the coming months after information about a new ASRock Beebox fanless mini PC was spotted ahead of any official launch by the company.

The ASRock Beebox fanless mini PC is expected to officially be available to purchase during June or July 2015 and is equipped with a low-power Intel Celeron N3000 dual-core processor loaded with Windows 8.1 with Bing software.

The mini PC system measures just 4.7 x 4.3 x 1.8 inches in size and will be fitted with support for 802.11ac WiFi and Bluetooth 4.0 and will feature 2 x SODIMM slots enabling up to 8GB Of RAM to be installed. Together with space for a mSATA SSD and/or a 2.5 inch SATA drive. Ports on the system include 3 x USB 3.0 ports, 1 x Ethernet, 2 x HDMI ports, 1 x DisplayPort, as well as a headphone jack.

It’s also thought that ASRock mini PC will make available a number of different specification options across different models when the mini PC officially launches in the next couple of months. Unfortunately no details on exact pricing or worldwide availability has been announced as yet by ASRock, but as soon as anything is leaked or announce we will keep you updated as always.