The new Apple TV is pretty limited as it stands, I have one under my TV and have probably used it three or four times since I bought it, if Apple doesn’t decide to release Apps for it in the near future, then the jailbreakers will.

We have already seen a couple of jailbroken apps running on the Apple TV, and now some hackers have managed to get a web browser running on the new Apple TV and also added Last.fm integration. 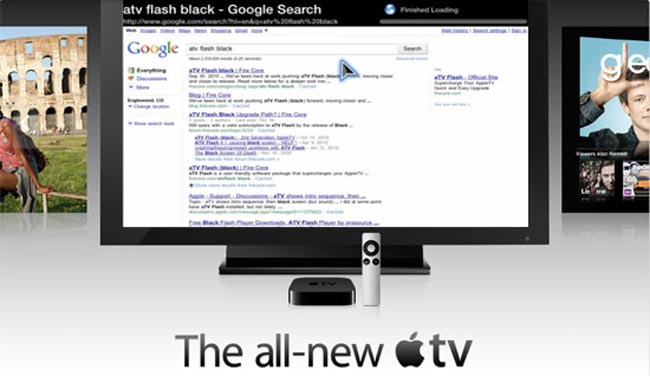 The latest apps have been created by the guys over at Firecore, and they will be releasing a package for Apple TV called aTV Flash, and a beta of the package is expected to be released within the next couple of weeks, have a look at the video of it in action below.

EverythingiCafe via 9 to 5 mac, Dvice