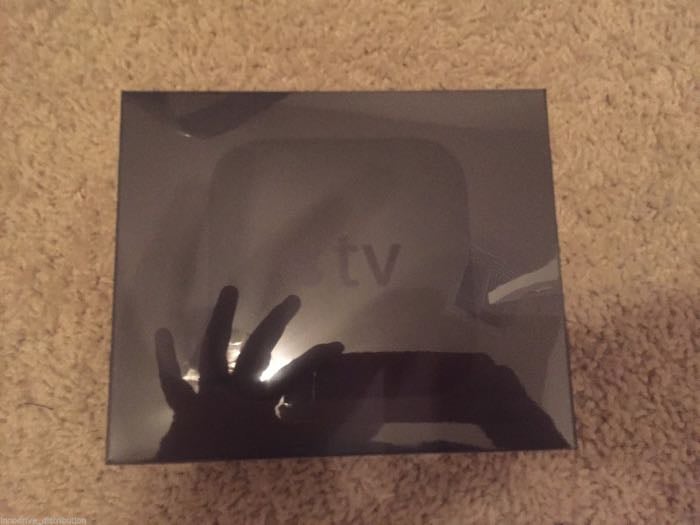 The new Apple TV will launch next month and last week we heard that developers had started to receive their Apple TV developer kits.

Developers had to pay Apple $1 for their new Apple TV developer kit and now one developer has decided to put his device on eBay.

It is against the policies of Apple to resell this unit “while it is running Apple pre-release software” according to the terms of service but good news! This unit ships without any OS installed on it. You can just download the firmware update from the developer portal and restore it with iTunes when you get it. If you don’t have access to the firmware update via an Apple Developer account, I can refer you to a place where you can download it after the auction.

We wonder if the listing will be allowed to remain on eBay, the device is currently listed for $595 with 20 bids, the Apple TV will cost $149 when it launches.