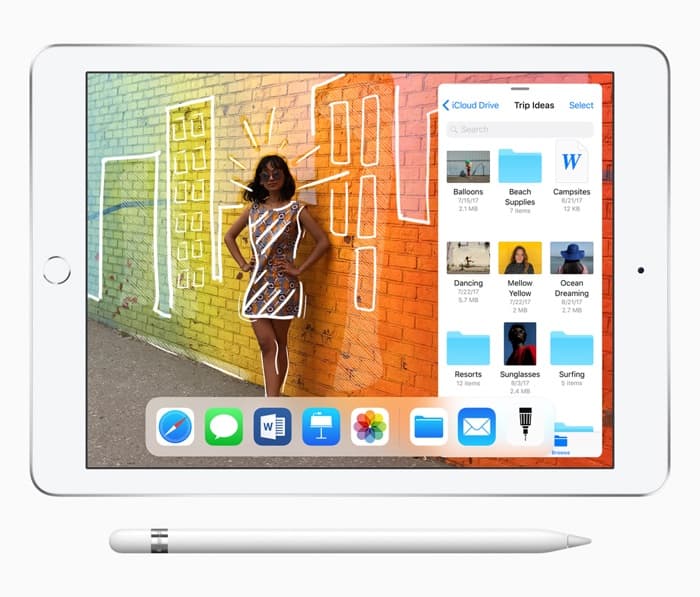 The new Apple iPad was announced last week, the device is Apple’s first iPad outside of their Pro range to support the Apple Pencil. The new iPad is considerably cheaper than the iPad Pro, prices for the device start at $329.

The guys from MacRumors have put together a video showing off the features of Apple’s latest iPad, you can see the video below.

As we can see from the video the design of the 9.7 inch iPad is the same as the tablet it replaces. The device is powered by the Apple A10 processor and comes with Apple’s M10 coprocessor. The device also comes with a 9.7 inch Retina Display that features a resolution of 2048 x 1536 pixels.

Other specifications on the updated iPad include an 8 megapixel camera with a five element lens and an f/2.4 aperture on the back and on the front there is a FaceTime HD camera. Prices for the new iPad start at $329 and then if you want the Apple Pencil that costs an extra $99 on top.