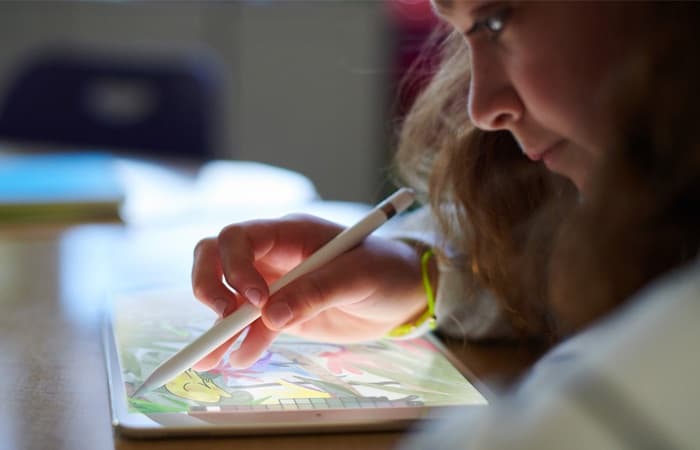 Apple iPad vs iPad Pro, which one should you buy?

Apple’s 2018 iPad was made official back in March, the device is Apple’s first of its cheaper iPads to support the Apple Pencil. The iPad is good value for money as prices start at just £319.

The iPad Pro is Apple’s more expensive iPad, it comes with a larger display and slightly different specifications, prices for the iPad Pro start at £619 which is almost double the price of the entry level iPad.

Now that Apple has added Apple pencil support to their entry level iPad the device is a good alternative to the iPad Pro, especially considering the lower price. Have a look at the table below which compares the key specifications between the 2018 iPad and iPad Pro.

What are the key specifications?

As we can see from the chart above the specifications on the two iPads are very similar. The iPad Pro has a slightly larger display with a slightly higher resolution. The device also comes with more RAM and more storage options, plus slightly better cameras.

Personally I think the entry level iPad is great value for money, if you need better cameras and more storage options then go for the iPad pro, otherwise you may be better off going for the entry level iPad. Now that the device supports the Apple Pencil the iPad Pro doesn’t really seem worth the extra cost for the everyday user.

How much does the iPad and iPad Pro cost?

There are also some other models to choose from, there is a larger 12.9 inch iPad Pro and a smaller iPad Mini 4 with a 7.9 inch display. Apple is also expected to launch some new models of its Pro tablet later this year, so it will be interesting to see how these new Pro iPads compare to the existing iPad.