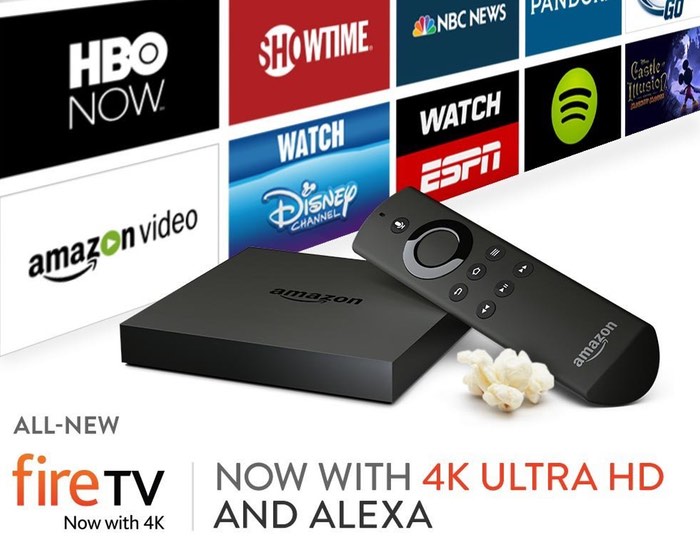 Amazon has today launched a wealth of new hardware including a new tablet with the children, a new games controller and a new Fire TV set-top box that is capable of streaming 4K Ultra HD video.

Amazon has also added Alexa the personal assistant that is included in Echo and will again offer competition to Apple’s new TV that comes equipped with Siri. Amazon explains a little more :

Now you can use Alexa, the brain behind Echo, on your Amazon Fire TV. Alexa, a cloud-based voice service answers questions, plays music, checks sports scores or the weather, and more—instantly. Just ask Alexa using your Fire TV Voice Remote.

The more you use Alexa the smarter it gets. Built in the cloud, Alexa adapts to your speech patterns, vocabulary, and personal preferences. Look out for new voice service features being released all the time.

The latest Fire TV sports a similar design to the previous version and comes supplied with a remote control and set-top box that is equipped with a MediaTek Quad-core up to 2 Ghz
Dual-core @ 2.0 GHz + Dual-core @ 1.6 GHz processor, supported by 2GB of RAM and fitted with 8GB of internal storage.

The internal storage can be expanded further via the use of the included microSD card slot, or by attaching external hard drives or flash drives to the USB socket. Amazon have also equipped the new Fire TV box with Dual-band, dual-antenna Wi-Fi (MIMO) for faster streaming and fewer dropped connections than standard Wi-Fi, supporting 802.11a/b/g/n/ac Wi-Fi networks. 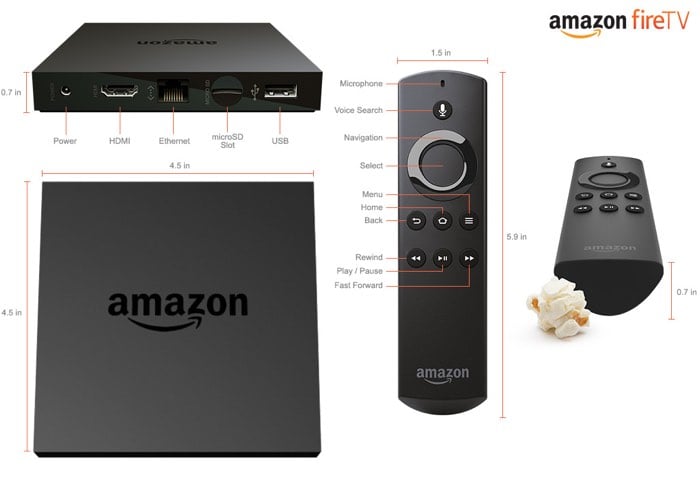