Amazon has today rolled out a new update for their Kindle application for Android, enabling you to now transform any Android device into a Kindle device.

Once installed the newly updated application brings you support for your Kindle Format 8 files and DRM free books, which you may have purchased from other e-book sellers. As long as the e-books are in one of the supported formats which includes PDF, MOBI, HTML or DOC, you will now be able to transfer them to your Android Devices. 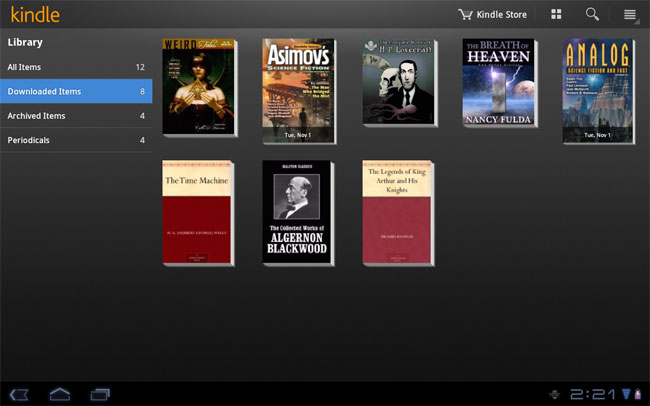 Until the release of the new update released today by Amazon, this feature was only available to official Kindle hardware, and the Kindle application for iOS devices.

So if you haven’t already downloaded the new update on to your Android smartphone or tablet. It’s worth jumping over to the Google Play store to download and install the latest version of Amazon’s Kindle app for Android for free.

“Support for Kindle Format 8 and a larger assortment of illustrated children’s books, comic books, and graphic novels. Shop for over 1000 children’s titles such as Brown Bear and Curious George, and comics such as Batman and Superman. Plus, richer formatting in thousands of other Kindle titles.

Email documents to your new Send-to-Kindle e-mail address and we deliver them to your device. Documents are archived in the Amazon Cloud and can be re-downloaded to supported Kindle devices and apps.”