Acer has today announced the launch of a new Google Chromebook which builds on the technology that was used to build the Acer Chromebook C720 and includes a few new tweaks to the system by Acer.

The latest Acer Chromebook C720-2848 has received a number of alterations to its internal workings and is powered by the same Intel Celeron processor based on the Haswell chip architecture. But is now priced at just $200. 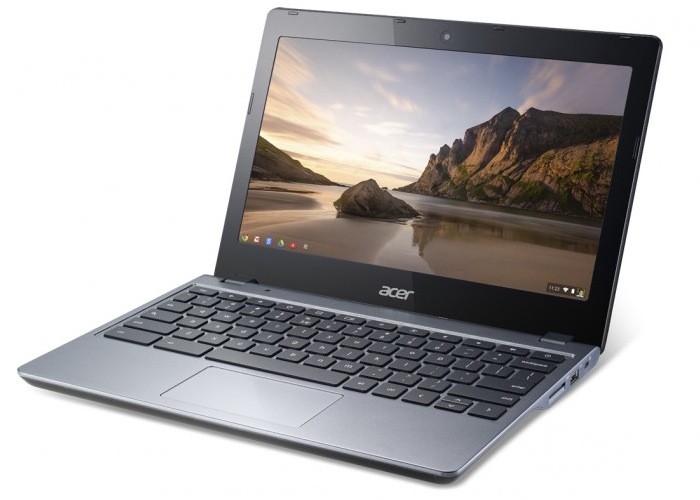 The new Acer Chromebook is fitted with an 11.6 inch high-definition display providing users with a resolution of 1366 x 768 pixels. The main differences of this latest Chromebook include a new 16 GB solid state disk (SSD) together with 2GB of RAM.

Other features of the new Acer Chromebook C720-2848 include integrated high definition web camera,802.11 a/b/g/n WiFi connectivity and dual speakers. Together with USB 2.0 and 3.0 connections, together with a HDMI connection to enable you to connect it to a larger screened HDTV if desired.

When you purchase any Google Chromebook, Google also provides up to 100GB of free Drive storage for the first two years, together with Google Play Music All Access and 12 free Gogo Inflight passes. For more information on the new Acer Chromebook C720-2848 jump over to the Acer website for details.