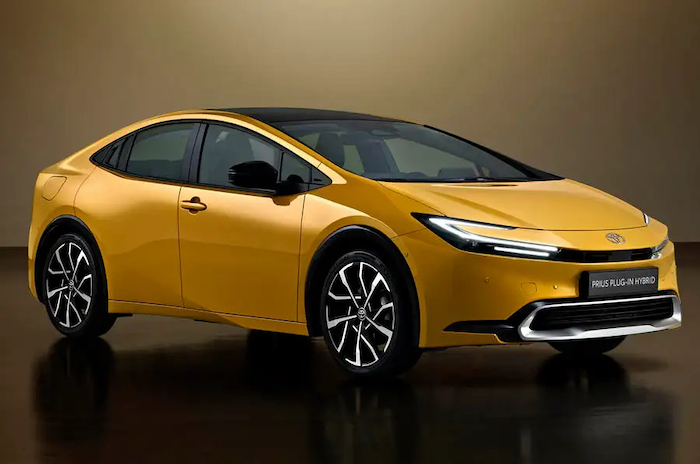 Toyota has unveiled its new 2023 Toyota Prius, this is their fifth generation Prius and the car will launch as a plug-in hybrid.

The new Toyota Prius gets a completely new design and it comes with a range of new features and of course the latest technology. Coming with the tagline “Just in time for the 21st century,” the Prius was first launched in 1997 as the world’s first mass-produced hybrid car. The model’s second generation introduced the Prius’ distinctive monoform silhouette for the first time and delivered even better fuel efficiency with the inclusion of an evolved Series Parallel Hybrid System (THSII). The third generation Prius introduced a larger capacity 1.8-liter engine and more efficient hybrid system to not only enhance fuel efficiency but driving performance as well. With the fourth generation, the Prius used the Toyota New Global Architecture (TNGA) platform for the first time to deliver improved environmental performance and an evolved driving experience. Meaning “to go before” in Latin, the Prius has led the expansion of HEVs over the 25 years since it was first launched as a new-generation eco-car with outstanding fuel efficiency. Total cumulative sales of the Prius worldwide have reached about 5.05 million units*1, accounting for a reduction equivalent to at least about 82 million tons*2 of CO2 emissions as of March 2022. While the hybrid system had its start with the Prius, almost every model these days, from compact cars to SUVs, minivans, and commercial vehicles, has a hybrid version cherished and enjoyed by countless customers.

You can find out more information about the new 2023 Toyota Prius over at the Toyota website at the link below.