We recently saw a leaked roadmap for RIM, which showed us that they would be releasing a larger version of their BlackBerry PlayBook tablet, the device will come with a 10 inch screen and now we have some photos of the new tablet.

The photos below were posted on Tinhte (translated) , and the first picture shows the existing 7 inch BlackBerry PlayBook tablet along with the new 10 inch PlayBook tablet. 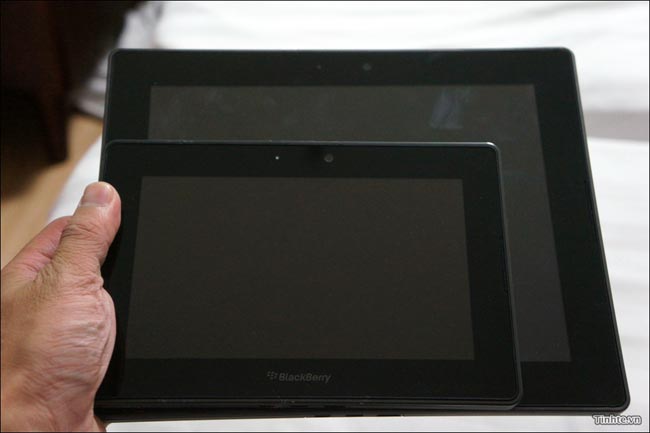 We don’t as yet have any specifications on the new 10 inch PlayBook Tablet, the device is expected to be launched some time in 2013, as soon as we get some more details we will let you guys know.