Last week we heard that ROM were delaying the launch of their new mobile OS, BlackBerry 10 until next year, and now it looks like their 2013 BlackBerry 10 Roadmap has been leaked.

The guys over at BlackBerryOS have received a photo of RIM’s 2012 and 2013 roadmap and it looks like there will be two BlackBerry 10 device landing in the first quarter of next year. 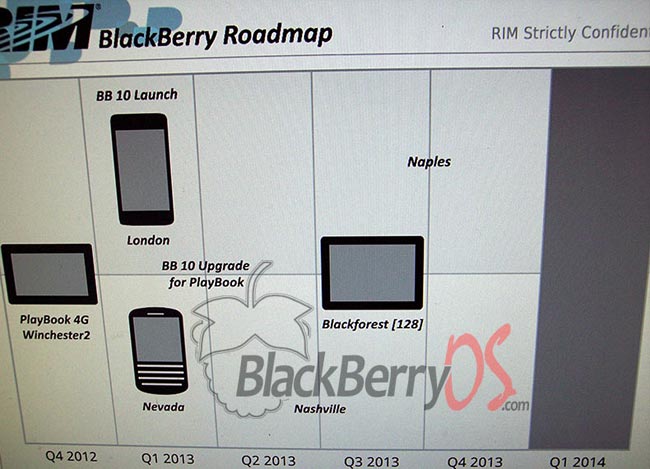 As you can see from the photo, the BlackBerry London and BlackBerry Nevada will be the first BlackBerry 10 devices, followed by the BlackBerry 10 update for the Playbook and then a new Playbook tablet which is codenamed Blackforest in quarter three of 2013, the list below shows which devices will be launching next year.