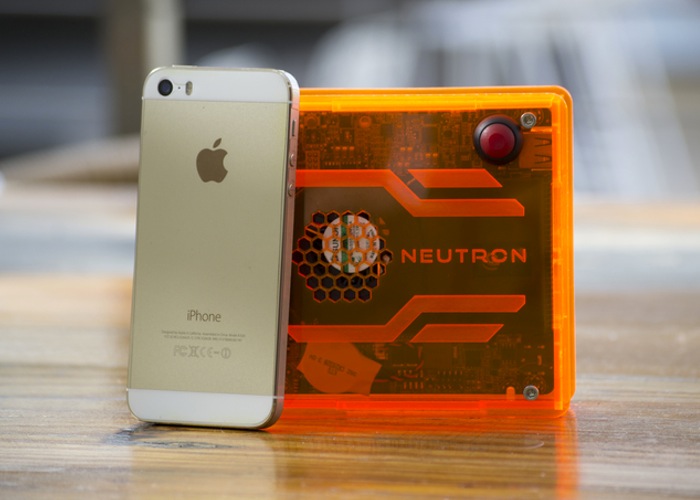 Atom Computer based in San Diego California has this week unveiled their tiny new palm sized Windows mini PC called the Neutron which they have launched over on the Kickstarter crowd funding website.

The new x86 based Windows mini PC is one of the smallest Intel powered Windows PCs in the world say its creators who have equipped the mini PC with the latest Intel Haswell i3 and i5 processors.

Other features of the Neutron mini PC include 16GB of DDR3 memory, 256GB of mSATA Flash Storage with systems that are bought pre-loaded with Microsoft Windows 8.1 operating system. Its creators explain a little more :

“With looks that rival even custom modded PCs, the Neutron is hands down one of the most beautiful and different desktop computers on the market. Where normal desktops won’t get so much as a passing glance, the Neutron is sure to turn heads. Our amazing fluorescent acrylic colors were chosen to fit any style and the transparency allows you to view the inner workings of your Neutron. We picked seven amazing colors for you to choose from, so you can get the Neutron that’s right for you! 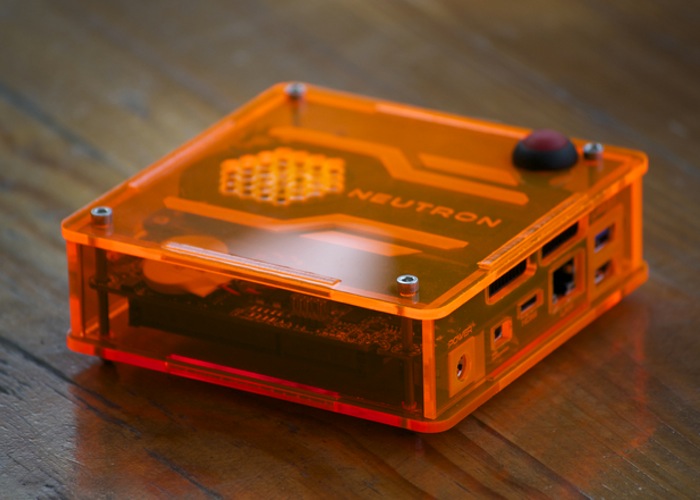 The Neutron can support up to three individual monitor outputs at once with full 1080p video or better. The Mini Displayport and Mini HDMI port allow for a variety of displays and display combinations to be used.

The Neutron has four USB 3.0 ports, two of which are on the back and two in the front. USB 3.0 is the next generation of USB distinguished by its bright blue inner plastic. USB 3.0 is 10x faster than traditional USB 2.0, and  can transfer data from external hard drives and flash drives extremely quickly.

The Neutron is a wireless master. With the latest energy-efficient Bluetooth 4.0 and the fastest 802.11AC Wifi standard in every Neutron, you will be able to connect with your devices and to the internet faster and more efficiently than ever before.”

The Neutron project is currently over on the Kickstarter crowd funding website looking to raise $30,000 in pledges, so if you think Neutron is something you could benefit from, visit the Kickstarter website via the link below to make a pledge and help Neutron become a reality, with pledges starting from $750.