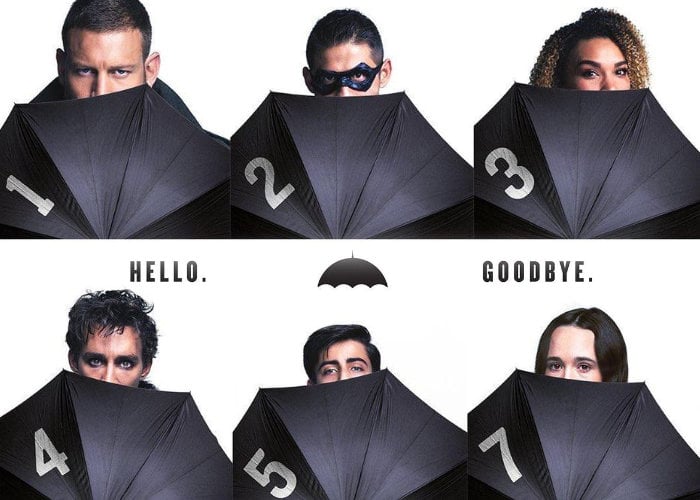 A new trailer has been released this week by Netflix for its upcoming superhero TV series, The Umbrella Academy which will be premiering early next year and available to watch from February 15th, 2019 onwards. The Umbrella Academy TV series is an adaptation of the comic book series of the same name, created by Gerard Way, and published by Dark Horse Comics. Check out the latest trailer below to learn more about what you can accept from the storyline and characters.

“On the same day in 1989, forty-three infants are inexplicably born to random, unconnected women who showed no signs of pregnancy the day before. Seven are adopted by Sir Reginald Hargreeves, a billionaire industrialist, who creates The Umbrella Academy and prepares his “children” to save the world.

But not everything went according to plan. In their teenage years, the family fractured and the team disbanded. Now, the six surviving thirty-something members reunite upon the news of Hargreeves’ passing. Luther, Diego, Allison, Klaus, Vanya and Number Five work together to solve a mystery surrounding their father’s death. But the estranged family once again begins to come apart due to their divergent personalities and abilities, not to mention the imminent threat of a global apocalypse.”

“When it rains, it pours. Here’s your first look at The Umbrella Academy. Coming to Netflix February 15. A dysfunctional family of superheroes comes together to solve the mystery of their father’s death, the threat of the apocalypse and more. Adapted from the comic created by Gerard Way and Gabriel Bá. “