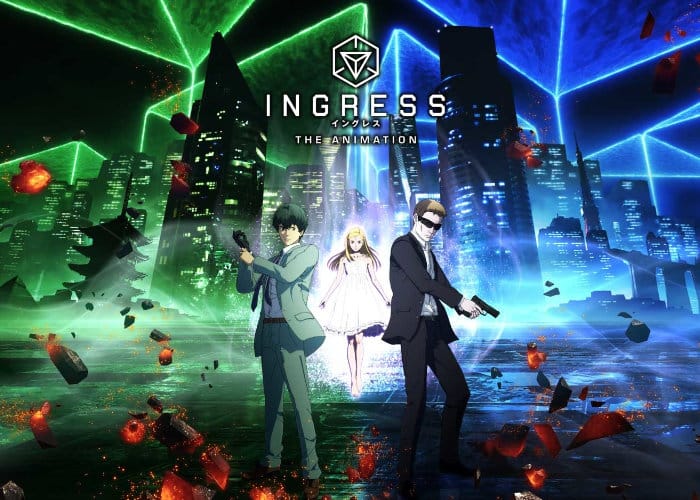 Variety has this week reporting that Ingress : The Animation series will be arriving on Netflix in a few months time during October 2018. The new Ingress animation series follows on from the smartphone augmented reality game created by the team responsible for titles such as Pokémon Go.

In an interview with Variety company founder John Hanke explained more about what you can expect from the new animation series created by Crafter under the direction of noted computer-graphics artist Yuhei Sakuragi and with character design by “Neon Genesis Evangelion’s” art director Takeshi Honda.

Variety explains that the “show takes place in the world of “Ingress” where exotic matter is leaking into the world through portals. That matter can influence people in different ways. Some gain a sort of super mental power. The show focuses on Makoto and Sarah, two people impacted by the matter. Makoto can touch things and see their history. Sarah can see certain aspects of time and space. The two are thrown together after something happens to Sarah and Makoto, who is a police officer, is brought in to figure it out.

The duo end up on the run together away from a third, mysterious character named Jack. The three get pulled into Ingress’ Enlightened versus Resistance battle, but are also trying to figure out the motives behind a corporation that seems to be abusing exotic matter to experiment on humans and do “bad things,” Hanke said. This new antagonist will also appear in the new “Ingress” game.”

For more details on the Ingress : The Animation anime TV series jump over to the official Variety website by following the link below.