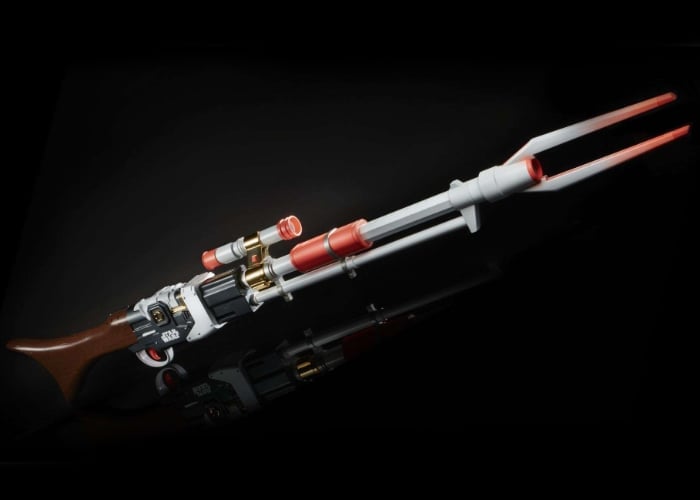 Star Wars Mandalorian fans will be pleased to know that that Nerf has created fully functional foam-flinging replica of The Mandalorian’s Amban Phase-pulse blaster, from the popular Disney+ Mandalorian TV series. The Star Wars Mandalorian Nerf blaster is available to pre-order from today priced at $120, but unfortunately will not be shipping until the spring months of 2021. 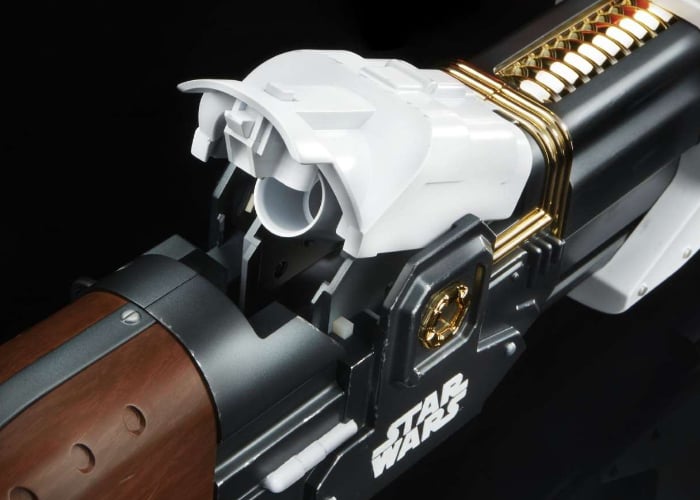 “The Mandalorian is battle-worn and tight-lipped, a formidable bounty hunter in an increasingly dangerous galaxy. Imagine tracking down bounties and battling opponents with this NERF LMTD Star Wars Amban Phase-pulse Blaster.”

– This dart-firing blaster is meticulously detailed, capturing the look of the Amban Phase-pulse blaster seen in The Mandalorian live-action TV series on Disney Plus
– The blaster measures 50.25 inches long (1.27 meters) and comes fully assembled in premium packaging, perfect for display
– Features series-accurate blaster sounds and an electronic scope with an illuminated lens (Requires 2x 1.5v AAA alkaline batteries, not included)
– This series-accurate, breech-load blaster has a handle you pull back to prime the blaster and includes 10 Official Nerf Elite foam darts
– The Mandalorian is battle-worn and tight-lipped, a formidable bounty hunter in an increasingly dangerous galaxy