A yet to be announced Samsung Android smartphone has just received DLNA certification (PDF), the the handset is named as the Samsung Stealth V SCH-i510.

Unfortunately there are not a full list of specifications available or any photos, but be do know some basic specifications of this unannounced Android smartphone from Samsung. 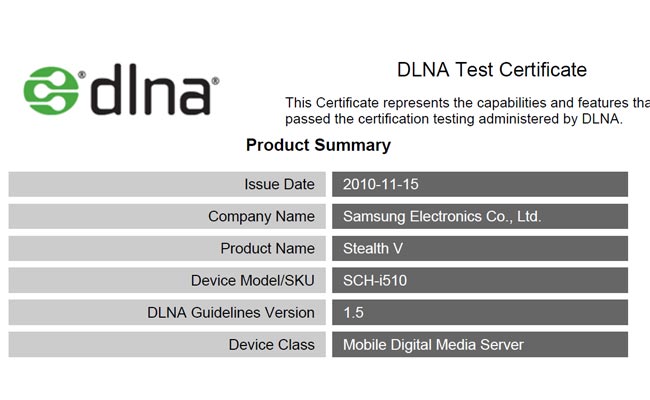 It seems that the Samsung Stealth V SCH-i510 will run Android 2.2 Froyo, and will feature a 4.3 inch touchscreen display, it seems that the display is a WVGA AMOLED display and that the handset will also feature an eight megapixel camera, 802.11 b/g/n WiFi and a microSD card slot.