Unfortunately for the staff at Myspace the New Year might not bring great news for them, with rumors of huge layoffs taking the shine of New Year’s Eve celebrations for a social networking pioneer MySpace.

MySpace currently employs around 1,100 employees and may soon find itself having to dismiss half of its workforce, according to a report due to falling revenue and traffic. 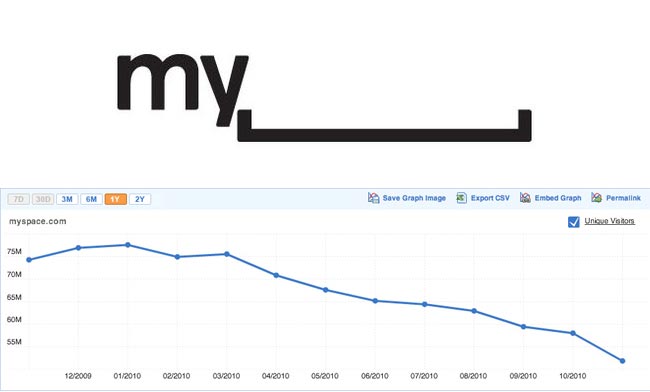 Thankfully no decision has been made by MySpace at the moment but a majority of employees have reportedly been given this past week off in an effort to save money. News Corp the owners of MySpace are currently is taking “drastic cost-cutting measures”  due to the tumbling traffic and revenue over the last year.

In an attempt to regain users Myspace recently started user account integration with former competitor Facebook and launched a MySpace website redesign as an entertainment hub about six weeks ago. But neither is expected to help the recovery according to many inside and outside the company.