Myriad has this week unveiled a new customisable OEM platform which has been designed to enable TV and set top box manufactures to add Android Apps to their existing products.

The Myriad Alien Vue allows app designed for Google TV and HTML5 to be added to non-Android devices which can include iOs and MeeGo. Myriad will be showcasing Alien Vue, demonstrating Android apps on TV for the first time at CES 2012 January 10-13. But for a sneak peek prior to CES, watch the video after the jump to see it in action. 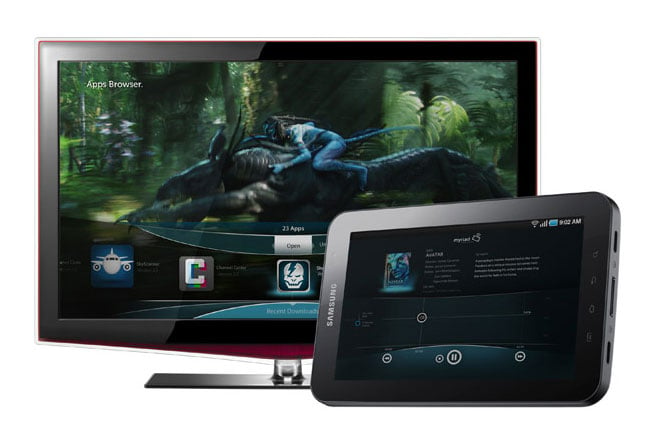 Myriad Alien Vue is unique in that not only does it allow you to use your existing TV and set-top box equipment, it also supports mobile phones and tablets giving you complete control over your TV experience.

“Since launching at Mobile World Congress early this year, we have had an incredible response to our Myriad Alien Dalvik software,” – “We have shown how Android apps can work seamlessly across non-Android devices, including mobile phones, tablets and iPads, and now, with Myriad Alien Vue, we have delivered Android to another key screen in people’s lives, the TV.”