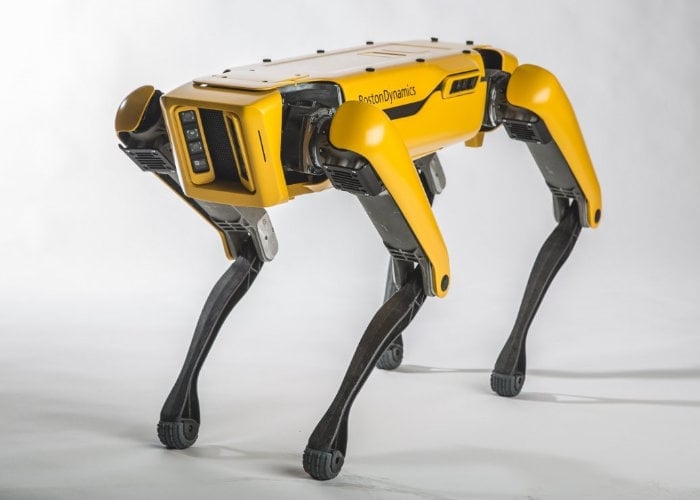 Robot development company Boston Dynamics has released a new video this week demonstrating what can be accomplished when you combine multiple SpotMini robots together. Check out the video embedded below to see the combined strength of the small four-legged robots, truck.

Today’s publicity was combined with the announcement that SpotMini robots are now rolling off the production line although no pricing information has been made available at the current time. Although Boston Dynamics says that it will be available “for a range of applications soon”, indicating that the robot is primarily focused at enterprise and industrial applications.

“A nimble robot that handles objects, climbs stairs, and will operate in offices, homes and outdoors. SpotMini is a small four-legged robot that comfortably fits in an office or home. It weighs 25 kg (30 kg if you include the arm). SpotMini is all-electric and can go for about 90 minutes on a charge, depending on what it is doing. SpotMini is the quietest robot we have built.

SpotMini inherits all of the mobility of its bigger brother, Spot, while adding the ability to pick up and handle objects using its 5 degree-of-freedom arm and beefed up perception sensors. The sensor suite includes stereo cameras, depth cameras, an IMU, and position/force sensors in the limbs. These sensors help with navigation and mobile manipulation.”

For more information on the SpotMini robot trip over to the official Boston Dynamics website by following the link below.