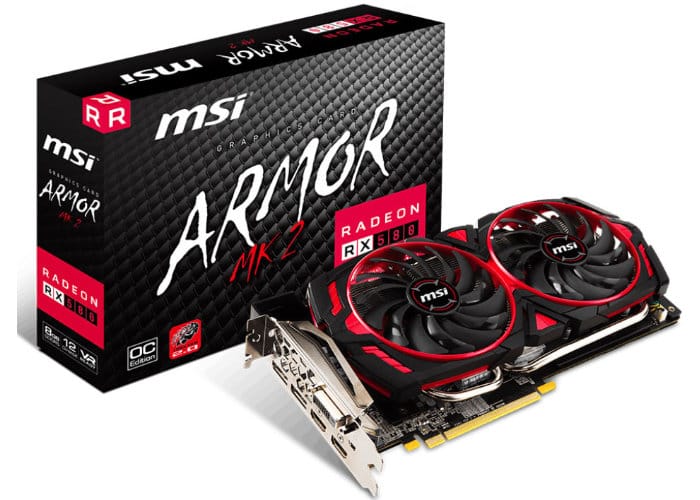 The new graphics card is finished in black and red rather than the traditional black-and-white and follows on from the already unveiled MSI RX 570 and MSI RX 560 graphics cards, and their respectively overclocked additions. The standard model offers out of the box clock speeds of 1353 MHz core, slightly higher than AMD-reference clocks of 1340 MHz. While the overclocked version pushes this a little further offering 1366 MHz out of the box. Both MSI Radeon RX 580 Armor MK2 graphics card variants leave the memory untouched at 8.00 GHz GDDR5.

MSI has also included in-game video recording software in the form of Predator, but have unfortunately not revealed any worldwide availability or pricing for the new MSI Radeon RX 580 Armor MK2 graphics card at the current time. In the meantime for more details and full specifications jump over to the official MSI website. As soon as more details are announced will keep you up to speed as always.