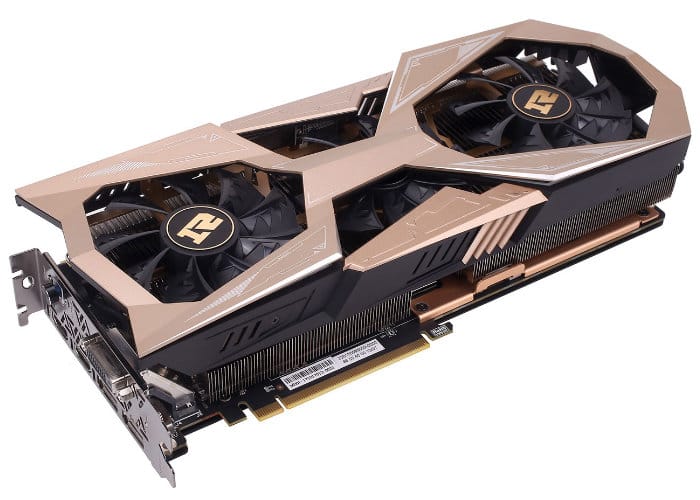 Colorful has introduced a new graphics card to its range in the form of the iGame GeForce GTX 1080 Ti RNG Edition which features a factory overclocked frequency of 1620Mhz base frequency and a boost clock of 1733Mhz via GPU Boost. The new graphics card comes combined with the iGame Status Monitor application that enables real-time monitoring of key graphics card information such as : core clocks, temperature, load-line status and memory usage. Providing a great way for modellers and gamers to tweak their system layouts for optimal performance and cooling.

– The COLORFUL GAMES UNION (CGU) esports competition this year will be hosted in Wuhan, China. Players from different regions including China, Korea, Vietnam, Indonesia, Thailand and the Philippines will battle it out to decide the 2017 CGU APAC Premier Champion. This year, players will be competing in League of Legends, Overwatch and DOTA2 to crown the CGU champion in their respective discipline.

– The COLORFUL CGU APAC 2017 will see top eSports stars like RNG and LPL compete in the event and special guests will be present to commemorate another great milestone in CGU’s history with distinguished guests from NVIDIA, INTEL and SiliconMotion will be appearing in the event finals.

– The recently announced CN600 available in models with an SMII2262 (with DRAM) controller and an SMI2263 (without DRAM) controller, using a PCIe Gen3 x4 interface allowing four times the speed SATA3 complimenting gamers with rapid access and loading of data so gamers can spend more time gaming instead of waiting for their games to load.

Unfortunately, no information on pricing or worldwide availability has been released as yet by Colorful, but as soon as information comes to light, we will keep you updated as always.