MSI has today introduced two new all-in-one systems to its range in the form of the new MSI AE270 and the MSI AE221 which are both now available in Europe from this onwards and come supplied running Microsoft’s latest Windows 8.1 operating system.

The new MSI AE270 and MSI AE221 are both fitted with capacitive touch displays supporting put to 10 pint multitouch and offering 1920 x 1080 Full HD resolution. As well as MSI’s exclusive Flicker-Free and Blue Light Control technologies. Which have been designed to protect users eyes during long sessions in front of the screens. 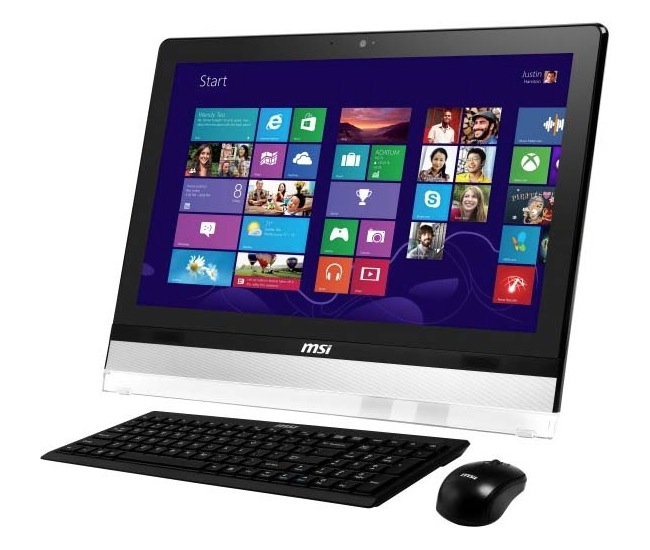 “The Flicker-free Technology embedded into the AE221 and AE270 stabilize the electric current and prevents flickering invisible to the bare eye under normal conditions,”

“It effectively reduces eyestrain as well as improves productivity for those who have to use a PC everyday with long hours. In addition, the AE221 and AE270 also support the exclusive Blue Light Control Technology, which is able to effectively reduce the blue light emitted from the screen. According to TÜV tests, it can reduce blue light up to 75%, which drastically reduces strain and damage to the eyes.”