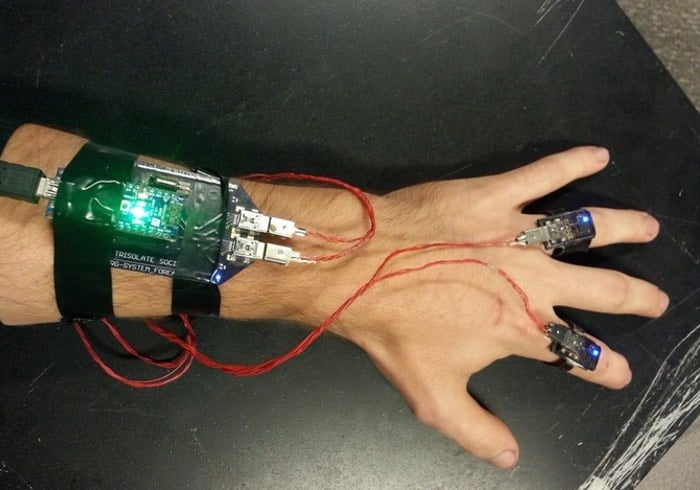 J3 Engineering is currently in the process of completing the final stages of prototyping a new input device that provides cursor control and customised gesture recognition.

Applications for the use of the new Mouse^3 wearable input device are pretty much endless and include virtual reality, wearable devices, gaming, robotics and augmented reality to name just a few.

The development team behind Mouse^3 are now in the final stages of development and need funding to finish the construction of the user interface as well as creating the final enclosure and mounting bands, together with final Bluetooth module and wireless functionality tweaks. The team of developers have taken to Kickstarter to raise the $27,500 required and explain a little more :

The prototype and software currently provide the desired cursor-control and gesture recognition. We are continuously updating the processing software to improve performance and eliminate any bugs. One of the more critical tasks that remains is the final construction of the user interface. At the moment, all of the customizable settings have been hard-coded into the program. As the user interface continues to develop, an increasing number of these settings are transferred over to become accessible to the user.

Watch the video below to learn more about the J3 Engineering wearable input device that could revolutionise the way we interact with virtual reality or just everyday objects.