Apple rolled out its latest OS X 10.8 Mountain Lion operating system last week, and has added a wealth of new features and enhancements, some of which have been well received and some not so well.

If you have installed the latest OS X 10.8 Mountain Lion but would prefer not to have a few of the features included in the release. A handy application called Mountain Tweaks might be able to help you. 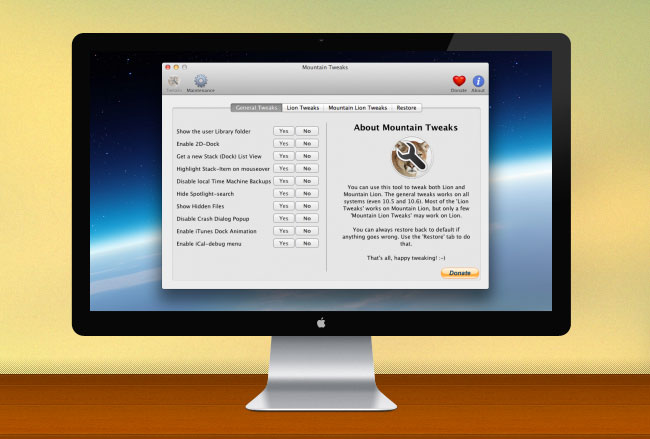 Mountain Tweaks 1.0.2 has been designed to provide you with options to be able to turn on and off a handful of the new features that might be starting to bug you. The Mountain Tweaks website explains:

“After the success with Lion Tweaks, helping hundreds of thousands of users in OS X Lion – Mountain Tweaks is set to do the same with Mountain Lion. The release focus on a user friendly user-interface, even more tweaks and the ability to do simple maintenance on your Mac – we think this makes it the best tweaking tool for Mac, ever!”

Mountain Tweaks 1.0.2 is now available to download and has been created by Fredrik Wiker.