The Motorola Xoom tablet will be one of the first tablets to come with Google’s tablet version of Android, Android 3.0 Honeycomb, and the good news is that it wont feature Motorola’s Motoblur UI.

Instead it looks like the Motorola Xoom tablet will come with the standard Android Honeycomb user interface, which is good news as it means that it should be a lot easier and quicker for Motorola to upgrade the Xoom to the next version of Android after Honeycomb when it is released. 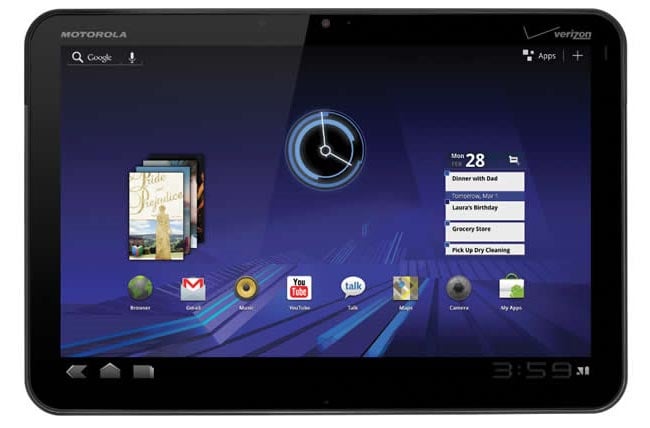 To clarify, Motorola XOOM is a Google Experience Device and the first tablet to incorporate Android 3.0 Honeycomb. As such, Motorola Mobility has worked closely with Google to develop and optimize the Honeycomb OS on XOOM, and has no plans to customize the software with MotoBlur.

It will be interesting to see if other manufacturers follow a similar line, rather than adding custom user interfaces for their new Android 3.0 Honeycomb tablets, using the standard Honeycomb UI would certainly make things a lot simpler.