Earlier today we told you that the price for the WiFi Motorola Xoom here in the UK had increased to £499, and now it looks like details of the 3G version are available and it will retail for £599.99. 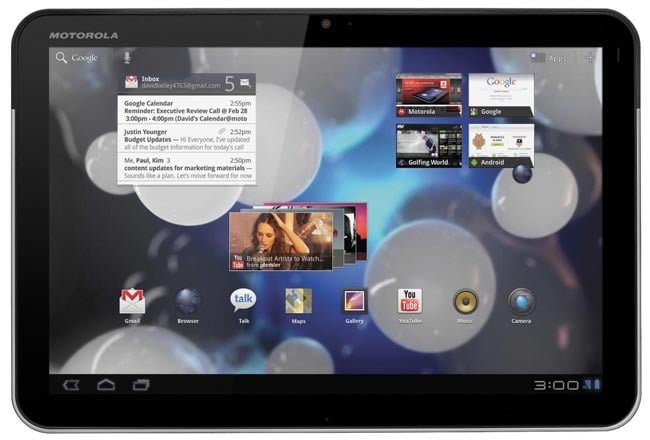 The Carphone Warehouse has just listed the 3G version of the Motorola Xoom on their website, and it is now available to pre-order for £599.99.

They haven’t given an exact launch date as yet, all their site says is ‘early April’ so it isn’t clear is the 3G version of the Motorola Xoom will be available at the same time as the WiFi version.