Motorola has announced their latest Android smartphone the Motorola Moto G, the handset was announced at a Motorola press event in Sao Paulo, Brazil. 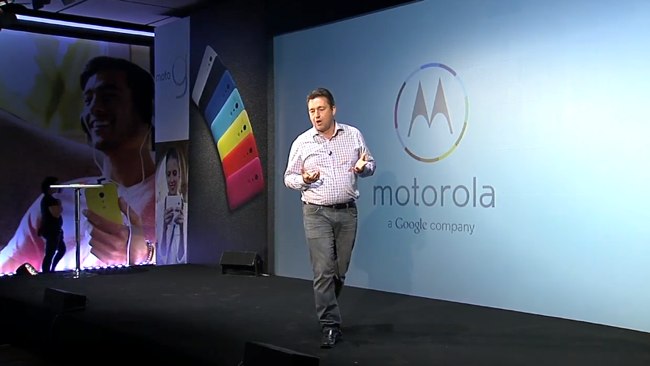 The Moto G is designed to be a global smartphone that delivers a full smartphone experience for a budget price, the handset will retail for under $200.

The Motorola Moto G features a similar design to the Moto X, it comes with a 4.5 inch HD display with a resolution of 1280 x 720 pixels at 329 pixels per inch. 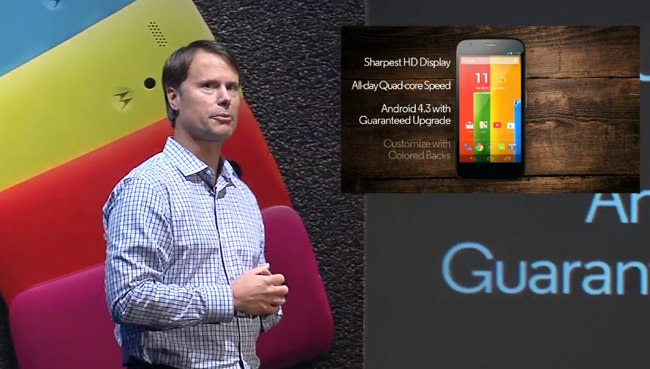 Processing on the Motorola Moto G is provided by a 1.2GHz Qualcomm Snapdragon 400 processor and comes with 1GB of RAM, plus a battery than is designed to last all day and give you up to 10 hours of talk time on 3G.

The Motorola Moto G will come with 8GB of built in storage and will retail in the us for $179 without a contract, they will also offer a 16GB version which will retail for $199.

We will have more details on the Motorola Moto G shortly, including some more pictures and full specifications on the handset.